Health Minister Ong Ye Kung was responding to a question at a forum about whether the need for a "strong state" is compatible with having a strong opposition or a two-party system.

SINGAPORE - A two-party political system, such as those in the United States and Britain, is not likely to develop in a small country like Singapore, said Health Minister Ong Ye Kung at a forum on Thursday (Jan 13).

But the existence of a non-politicised civil service and institutions such as the Corrupt Practices Investigation Bureau and Auditor-General's Office, as well as the presence of opposition parties in Parliament, can provide the checks and balances needed to ensure an effective state, he added.

Mr Ong was responding to a question about whether the need for a "strong state" is compatible with having a strong opposition or a two-party system.

He had given a speech earlier in which he said a strong state is needed to make the difficult but necessary choices on issues modern societies face, such as inequality, protectionism and climate change.

During the dialogue, he quipped: "I will argue that maybe we have a two-party system already."

But he added that this is quite unlike what happens in big countries.

It is thus logical that a two-party system can develop over time.

If Singaporeans are unhappy with one political party, it reverberates across the whole city. In the same vein, if the Government does a good job and people are happy, that also "spreads throughout the island", he added.

He said that while the People's Action Party may be the ruling party now, it should never take this for granted and must always maintain trust with the people.

"Therefore, as a ruling party, it's our job to ensure that we continue the good work of earlier generations, make sure... we are an accountable government, meaning what we do is to serve the people and policies must, on the whole, make sense... and move in a direction that the great majority can accept," he added.

Read Also
What if Singapore becomes a two or multi-party system? 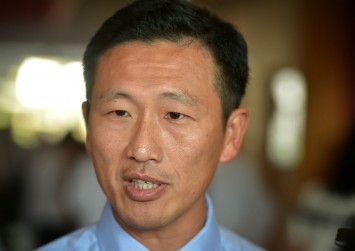 "I feel this is the role of my party."

But Mr Ong acknowledged the desire for checks and balances, adding that it is legitimate that people want to make sure that there are safeguards against the Government going rogue.

In Singapore, different institutions exist to ensure that the executive branch is always accountable to the people, he said citing examples.

The civil service, for instance, is "neutral and non-politicised", with everyone from the permanent secretary downwards appointed by the Public Service Commission, which has constitutional powers.

There is also the judicial system, which upholds the rule of law, and other organs of state and even departments within ministries and public agencies that constantly check that the system is clean and functioning well, said Mr Ong.

"People can say 'ownself check ownself', but it is a virtue... If ownself cannot check ownself, you are in big trouble," he added.

The presence of opposition in Parliament also ensures that different points of view are raised so that people will take parliamentary debates seriously, he said.

"So all these add together, I think we can have a fairly effective functioning state that serves the people," he added.