Educational qualifications remain a "valid proxy" for the skills of potential public servants and they will not be disregarded, Mr Chan Chun Sing (right), Minister-in-charge of the Public Service, said yesterday.

But such qualifications are not sufficient, added Mr Chan, who is also the Minister for Trade and Industry, during the debate on the budget for the Prime Minister's Office.

Stressing the importance of diversity in the service, he said: " Going forward, when our Public Service selects future leadership teams, we will increasingly look for a combination of operations, communications, mobilisation and international exposure, beyond pure policy-making skills." 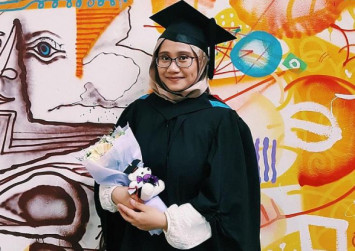 Besides intellect, the Government wants officers with initiative and creative ideas, and who can work well with others, he said.

In areas like information and communications technology, the Public Service will select recruits based on their technical skills, he added.

Since 2015, the service has been moving towards single salary schemes for officers, whether they are ITE or university graduates, he said.

Almost all the 50-something public sector agencies are on a single scheme, apart from officers who are required to have particular qualifications, such as doctors or engineers.

He was responding to nine MPs who offered ideas on how to improve the civil service.

Mr Chan said that, among other things, they might get a better understanding of how policies are put in place by interacting with people more often.

He highlighted Public Service Cares, a new initiative to be implemented this year, to encourage all officers to volunteer and learn how to communicate better with Singaporeans.

More public officers will get the chance to work in the private sector for a period of time, as part of the goal to achieve "greater porosity and two-way flow of talents", he said.

The public service will also reorganise itself to be more citizen-centric instead of agency-centric.

For example, Singaporeans who approach any counter at the Public Service Centre in Our Tampines Hub can ask any staff member for help for some 70 services across six agencies, instead of having to wait for the "right" counter to become available, he said.