SINGAPORE - Singapore needs to deepen relations with its ASEAN neighbours to correct the perception it is an arrogant nation that looks at developing nations with a condescending eye, said veteran opposition MP Low Thia Khiang (Aljunied GRC).

"Success breeds envy among neighbours, and this envy can turn toxic if our neighbours come to believe that our success is due to our taking advantage of their weaknesses," Mr Low said during Friday's debate on the Foreign Affairs Ministry's budget.

Speaking on soft-power diplomacy, the former chief of the Workers' Party gave three suggestions for implementing what he called a "strategic shift" in Singapore's policy to focus on South-east Asia.

These are to deepen engagement between governments, enhance networking between peoples, and use digital diplomacy to achieve diplomatic objectives. 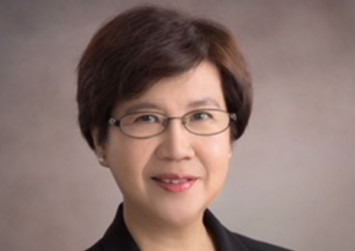 Responding, Foreign Minister Vivian Balakrishnan called Mr Low's statement an "excellent speech" and said he disagreed with nothing in it.

"You made a very important point about humility in success, and we will pursue his suggestions on deeper engagement with ASEAN through economic projects, people-to-people ties, and digital diplomacy," Dr Balakrishnan said.

He added that it is not about shifting Singapore's strategic focus to ASEAN, but "recognising that ASEAN has always been a cornerstone of Singapore's foreign policy, and for our engagement with the region and the rest of the world".

"I completely agree with you that we must strengthen the open and inclusive ASEAN-centric regional architecture," he said.

Dr Balakrishnan listed various initiatives Singapore had launched to boost regional integration and increase key partners' stake in the region's development during its stint as ASEAN chair last year. These include the ASEAN Smart Cities Network and the Model ASEAN Extradition Treaty. 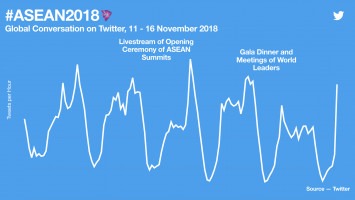 Singapore also upgraded the ASEAN-China Free Trade Area when it was coordinator for ASEAN-China relations between 2015 and 2018. This is a big step towards the goal of achieving two-way trade between ASEAN and China in excess of US$1 trillion (S$1.35 trillion) and investment of US$500 billion by 2020, Dr Balakrishnan said.

Both sides have also agreed on a single draft negotiating text for the Code of Conduct in the South China Sea, which "will not solve all the problems there" but is an important step to build confidence.

In his speech, Mr Low said Singapore has signed deals with China to facilitate economic development there, and other agreements that have boosted cultural exchanges. "We should do the same with our ASEAN neighbours, especially since we share much history and cultural kinship," he said.

On digital diplomacy, Mr Low added that Singapore could have used last year's meeting between US President Donald Trump and North Korean leader Kim Jong Un to enhance Singapore's soft power. "We already have a digital infrastructure to do so," he said. "Singapore should become a smart nation exercising smart power."

It's that time of the year again! How much do you know about Budget 2019? We take to the streets to find out whether Singaporeans care!