In reply to Workers' Party chief Pritam Singh, who said that the zero-fatality goal goal was "unrealistic", Defence Minister Ng Eng Hen said that the Singapore Armed Forces still has to aim for it.

SINGAPORE - The Singapore Armed Forces (SAF) goal of zero training fatalities "sears into the consciousness" of every commander and soldier the importance of training safely in peacetime and signals that safety lapses will not be tolerated, Defence Minister Ng Eng Hen told Parliament on Monday (Feb 11).

And while this target is a difficult one to attain - it was achieved in some years, and there is no guarantee that it can be done in others - the SAF still has to aim for it, he added.

"Which mother, shall we say, can lose her son?" Dr Ng noted, in reply to Workers' Party chief Pritam Singh (Aljunied GRC), who said that SAF's zero-fatality goal was "unrealistic".

Mr Singh, who filed an adjournment motion on National Service, said: "As a result of the expectations created, every time a training fatality occurs, the public pressure on the Ministry of Defence (Mindef) and SAF commanders down the leadership chain takes on a very corrosive edge."

"This damages not just the SAF, but the institution of National Service too," he said in an 18-minute long speech that touched on training safety and operational readiness in the SAF. This was Mr Singh's first adjournment motion since he took over as WP's secretary-general in April last year.

There have been four training-related deaths in the SAF since September 2017 - the most recent on Jan 23 this year, when actor Aloysius Pang died after suffering injuries in an accident during a military exercise in New Zealand. Mr Singh, 42, a combat engineer holding the rank of major, was attending an in-camp training himself when news of Mr Pang's death broke.

In the aftermath of Mr Pang's death, Mr Singh said Mindef's narrative has appeared to have shifted toward a zero-accident mindset.

And while national servicemen understand what this means - that Mindef takes safety seriously - the public focuses on the word "zero". A zero-fatality goal is one that cannot be achieved, even in industries with notoriously strict safety standards, such as aviation, Mr Singh said.

"No organisation let alone one that is in the business of war and defending Singapore's sovereignty can realistically promise zero fatalities or training incidents even as the public must insist on the strictest training safety parameters for the SAF, and Mindef strives for the same," Mr Singh told the House. 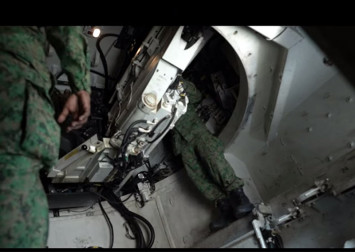 In response, Dr Ng said that Mr Singh was "right in a way", but he had come to the view that the SAF should aim for zero fatalities, based on the experiences of SAF's own commanders.

Dr Ng referred to a speech by former Chief of Defence Force Bey Soo Khiang last year during a safety symposium, when he talked about how the goal of zero accidents started.

Mr Bey, who was also air force chief from 1992 to 1995, said the Republic of Singapore Air Force's (RSAF) grim accident record in its first 20 years prompted him to think hard on whether it had lost sight of its mission of deterrence.

Mr Bey had revealed in his speech, which Dr Ng quoted from, that from 1970 to 1990, the RSAF lost, "in terms of fighter numbers, almost the same number" as the air force's entire F-16 fleet today.

Dr Ng cited Mr Bey saying: "Each accident erodes deterrence. If we cannot be safe, how does it reflect on our capability?

"Even before we started fighting the war, we had already lost 50 fighters, so our peacetime exchange ratio with respect to our potential threats must look quite bad. At the individual level, the whole idea of training in peacetime is to deter and when deterrence fails, be there on the first wave. But you will not be there if you kill yourself during training. Then the training is in vain," Dr Ng cited Mr Bey saying.

Dr Ng also responded to Mr Singh's suggestion to review Section 14 of the Government Proceedings Act, which protects armed forces personnel and the Government from civil suits. Mr Singh said the law could be tweaked so that immunity is waived in exceptions where a commander "behaves recklessly, maliciously, or displays a wilful disregard for safety considerations" during training.

Mr Singh noted that such a change would "serve to protect the institution of NS by making it more accountable instead of undermining it".

However, Dr Ng said there is accountability for commanders and NSmen, and those who have been derelict or who have not done their duty are criminally prosecuted. 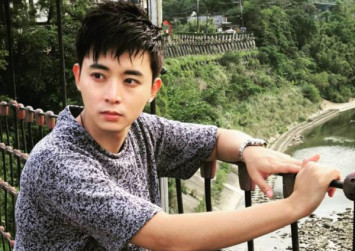 "Not just civilian pay-ups in the courts. They go to jail. Their lives in that sense and careers are ruined. And justly so if they deserve it," he said.

"I don't need for those who want to sue the Government to do so before the commanders are held accountable," Dr Ng added.

Mr Singh also gave several suggestions, such as to increase the retirement age for officers, warrant officers and specialists, so they gain deeper operational knowledge. When they retire from active service, they can be hired as members of safety-related outfits in the SAF, he said.

Dr Ng thanked Mr Singh for his adjournment motion, and said that it was not possible to answer every point in the 10 minutes he was given to reply.

"I'm sure that if the House wants us to debate the various points that he has brought up, I think we can find other fora to do so," Dr Ng said.