Even with the pandemic-induced dearth of customers, this is one passenger from hell that any cabby would be better off without.

A woman who allegedly boarded a taxi without wearing a mask, assaulted a taxi driver in his 70s and refused to pay her fare, has reportedly been identified by the police.

The incident first came to light when the driver's son, one Kelvin Chua, took to Facebook to appeal for witnesses to the altercation, which happened on July 15.

Detailing his father's ordeal, Chua said the woman had boarded the taxi at 11.25am at Ang Mo Kio Ave 10.

Right off the bat, things began to head south — the woman was not wearing a face mask and demanded to borrow his father's handphone, he said.

His father, a "gentle and honest character", agreed out of kindness. But the woman went on to make numerous calls throughout the 17-minute journey and refused to return the phone despite his repeated requests.

While she finally agreed to return the phone after reaching her destination at Prinsep Street, she ignored his father when he asked for payment, Chua said.

"Considering the preceding behaviour, my dad found it suspicious and followed the lady from a distance. 20 seconds later, she turned around and swung her arm at my dad."

The woman then picked up a wooden pizza board from a nearby restaurant and attacked him with it, damaging his watch in the process. 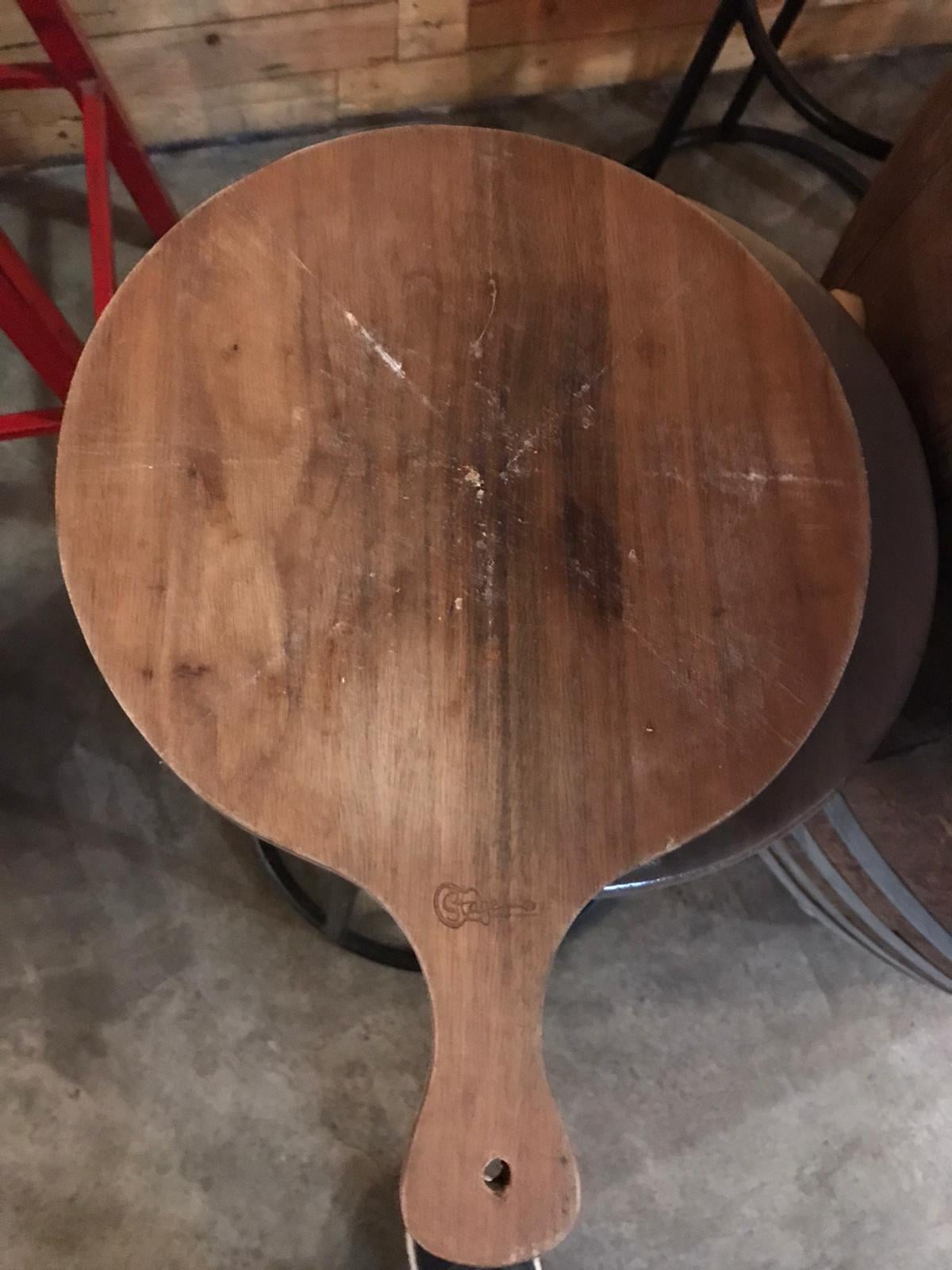 The woman grabbed this pizza board from a restaurant and used it to hit his father, Chua said. ​​​​PHOTO: Facebook/Kelvin Chua

She also walked back to the taxi, grabbed his Nets machine and flung it at him.

In an update to his post today (July 16), Chua said that the police have identified the woman and will act "in due course".

Additionally, the Land Transport Authority and Public Transport Council (PTC) are looking into the case of fare evasion, the latter said on July 17.

AsiaOne has reached out to the police for more information.

If charged with assault, the woman could face a fine of up to $1,500, three months' imprisonment, or both.

Passengers who evade their taxi fares also face composition fines of $200 for the first offence and $400 for the second offence.

This is on top of the restitution payment for the unpaid fare.

According to PTC, taxi drivers should refrain from pursuing passengers who evade fares for their own safety.

Instead, they should make a police report and contact their taxi company for assistance.

This article has been edited for clarity