Mr Adam was on a footpath along Hougang Avenue 2 when the accident occurred on April 3, 2015.

SINGAPORE - Muhammad Adam Muhammad Lee was due to start a computer engineering diploma course in 2015 when he was knocked down by a car that mounted the kerb outside Hougang Stadium.

As a result of the accident, Mr Adam, who is now 30, suffered a multitude of severe and permanent injuries and became mentally incapacitated.

He tried twice, in 2017 and in 2020, to resume his studies but was unable to cope and eventually dropped out of school.

On Wednesday (Nov 24), the High Court awarded him more than $2 million in damages in a suit that his mother and elder sister brought on his behalf against the driver, Mr Sean Tay Jia Rong.

Mr Tay's insurers had accepted 100 per cent liability for the accident but disputed numerous categories of claims.

The award included about $1 million for loss of future earnings, $216,000 for the traumatic brain injury he suffered, $370,800 for a future full-time domestic helper and $10,000 for loss of marriage prospects.

There was also a claim for $10,000 in aggravated damages after the family learnt that the insurers had arranged for private investigators to take videos of Mr Adam.

But Justice S. Mohan rejected the claim, noting that it was not uncommon for insurance companies to conduct surveillance on claimants who say they have suffered serious injuries as a result of negligence.

"Adam has displayed remarkable and commendable tenacity in recovering from some of his very serious injuries and in attempting to return to his pre-accident life... It is my fervent hope that Adam will not allow this accident and its effects, debilitating and long-lasting as they are, to define the rest of his life," said the judge.

Mr Adam was on a footpath along Hougang Avenue 2 when the accident occurred on April 3, 2015.

He suffered multiple skull fractures, bleeding in the brain, facial fractures and a leg fracture, and underwent numerous procedures during his hospital stay of about 4½ months.

He was later treated and assessed by a slew of doctors and other medical professionals, whose reports were submitted for the suit.

The subject of his employment prospects was a major point of contention in the suit.

The insurers argued that he will be able to undertake "light jobs" but his family said he can no longer work for the rest of his life as a result of his injuries.

His sister testified that Mr Adam had tried to work at a bubble tea shop in 2017 but was asked to leave after three days, ostensibly because he was deemed to be too slow in carrying out the work assigned to him.

Beginning in 2018, there were episodes where he was violent towards his family members. 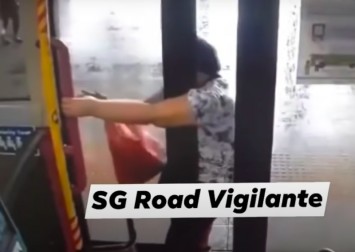 A report by a neuropsychologist said the angry outbursts were consistent with the behavioural symptoms associated with traumatic brain injury.

A psychiatrist's report said while Mr Adam is able to perform basic activities such as bathing and eating, his ability to carry out important tasks, which are fundamental for independent living has been substantially affected.

Mr Adam is unable to manage finances beyond small sums of less than $100, unable to manage on his own with regard to cooking, healthcare and ensuring personal safety and security, and unable to hold down a job, said the report.

His family had claimed $2.27 million for loss of future income, arguing that he would have completed his computer engineering course, gone on to university and worked as an engineer if not for the accident.

However, Justice Mohan said the evidence provided by the family, such as Mr Adam's academic performance before the accident and the fact that his sister had graduated from university, did not show that he would have gone on to obtain an engineering degree.