Petrol price climbs to new high in Singapore - except at SPC

China-owned SPC has not adjusted its pump prices since July 7.

SINGAPORE - Pump prices have crept up to chalk new highs on the back of a post-pandemic recovery, although at least one operator here is resisting raising retail rates.

China-owned SPC has not adjusted its pump prices since July 7, and is now posting markedly lower prices than its competitors, which have all raised rates by six to eight cents a litre.

SPC's 95-octane petrol, the most widely used grade here, is retailing at $2.49/litre, versus $2.55 by Sinopec and Esso, and $2.61 by Caltex and Shell, according to Fuel Kaki, a pump price tracker set up by the Consumers Association of Singapore.

The latest changes - made between Sept 28 and Oct 7 - make SPC petrols, which were already three to five cents cheaper than the rest in July, up to 12 cents a litre cheaper than other fuels now.

In percentage terms, the latest record prices are no more than 3 per cent higher than they were in July, as pump prices are influenced by a variety of factors, including government duty - which was raised in February - emission standards, and cost of land and distribution.

This compares with a 5 per cent increase in the price of RBOB gasoline to US$2.37/gallon as at Oct 11. RBOB is a futures product that can be seen as a proxy for wholesale petrol.

Industrial and aviation demand for energy, however, has grown by a bigger quantum as economies around the world reopen after more than a year under siege by the Covid-19 pandemic.

Since late-July, Brent crude oil has risen by around 14 per cent to almost US$84/barrel as at Oct 12.

Likewise, Dubai crude has risen by some 13 per cent to almost US$80/barrel as at Oct 12. Both are at their highest in more than three years.

Oil industry consultant Ong Eng Tong said the sharp increase in natural gas price, which has risen by more than 30 per cent since July, has also fuelled the price rise in other fuels.

Natural gas price has been rising because of a number of reasons, including producers' inability to ramp up supply in the face of the recent surge in demand as economies reopen, and China's rising demand as it moves away from coal. 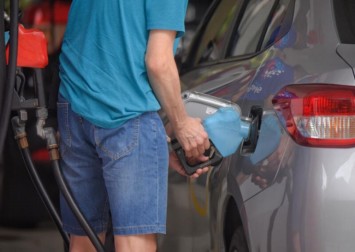 Maybank Kim Eng economist Chua Hak Bin said: "The global reopening and shortages of coal and natural gas are increasing the demand for substitutes like oil.

"China may also be stocking up on fuel to combat an energy crisis ahead of winter, following a shortage of coal."

Mr Ong, who points out that automotive fuels are sourced from refineries here, said SPC's ability to resist raising its prices stems from the company's ambition to capture market share.

"Market share is more important to the Chinese, whereas the Western companies are more focused on profit margin," he said, adding that while the list prices of Sinopec - another Chinese operator - may not match SPC's, "it is offering aggressive discounts".

"That is why there is often a queue at their pumps."