SINGAPORE - Workers’ Party (WP) MP Dennis Tan on Monday (Aug 31) charged that the People’s Action Party (PAP) had engaged in “petty and bad politics” during the general election, citing complaints made over the placement of election posters in his Hougang ward.

Referring to President Halimah Yacob’s address on evolving politics, he said good politics has to entail mutual respect between members of the ruling party and other parties, whether in Parliament or in the constituencies.

He recounted how two complaints were made to the Elections Department (ELD) during the recent general election campaign over posters his party put up that were said to be below the minimum required height.

A resident subsequently informed him that she had seen PAP representatives pulling his posters lower than they had originally been.

On a separate occasion, the PAP team also planted party flags in front of his banners, blocking their contents, Mr Tan added.

These made him wonder if the PAP had “gone backwards in time” in the way it conducted its campaign in Hougang, he said.

"Would that mean that the PAP should now also expect and allow the WP to do likewise in constituencies where the PAP are the incumbents?" he said.

"I should think not, lest a tit-for-tat culture manifests itself, and creates a divisive political culture that only hurts Singaporeans."

Mr Tan added: "Even as we contest our ideas in this chamber, we can do so in the spirit of mutual respect and understanding, knowing that even if we differ in our ideas, we are in the end, one Singapore. I hope the ruling party can start to accept that."

Mr Murali Pillai (Bukit Batok) asked if Mr Tan would accept that the ELD would deal with such complaints in an even-handed way. "And if he accepts that, what's the basis of him suggesting that the PAP would use the power of incumbency against opponents in an unfair way?"

Responding, Mr Tan said his party's volunteers rectified the issues with the posters after each complaint was made. He added that it would have been "unthinkable" for him to have WP flags planted around coffee shops in the single-member constituency of Fengshan, where he contested in the 2015 general election. He did not have similar negative experiences with the PAP's team in that area, he added.

"My point really is that having seen what happened recently, if this is going to be a precedent that is set by the PAP, perhaps the team in Hougang, then really it raises the wider question of where do you draw the line with this kind of behaviour?" Mr Tan asked. "We have to move beyond this."

He added: "To answer the question: Yes, the ELD was even-handed in handling the complaints."

Mr Murali responded that his other question - on Mr Tan's basis for suggesting the PAP uses its incumbency against opponents - had not yet been answered.

Replying, Mr Tan said: "I'm not suggesting the PAP is using the power of its incumbency to do those things. But I have raised various incidents that have happened as a result of the actions of certain people.

"My point really is that these are all very petty and bad politics, and we shouldn't encourage it."

In a statement on Monday night, the ELD said it had received more than 220 complaints and pieces of feedback from political parties, as well as members of the public, on election posters and banners during the election. The breaches included posters and banners being within 50m of a polling station and below the 2.2m height requirement.

ELD’s approach is to get the election agent to rectify the issue within three hours, taking no further action if this is done. This was also the case for the complaints relating to Mr Tan’s posters, it said.

Mr Tan’s allegation that his posters were pulled down from their original height is a serious one, ELD said, adding that it has not received any such report from the WP MP.

“Mr Tan should file a report with ELD so that this can be investigated,” it said.

Read Also
Is Singapore headed for more confrontational politics with a larger opposition presence in Parliament? 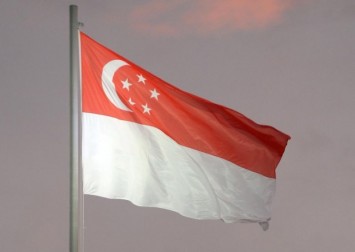 The recent general election showed that politics has divided Singapore, just as it has in other countries, the PAP MP said.

“This is not good for us as a nation. The amount of vitriol and hate which I read about during the election campaign saddens me.”

During the  election, he said he received frequent feedback that the Government is arrogant and unwilling to listen, and that its leaders are out of touch and not humble.

“Rightly or wrongly, there is also the perception is that there is bullying and unfair treatment of people who do not agree with our policies,” he added.

Mr Lim urged the  Government to be more open to constructive criticisms and rational debate.

“I would submit that the Government must not treat politicians from other parties as enemies. They too are fellow Singaporeans. We must assume that they also want the best for Singapore even if they do not agree with all the Government policies.”

The ruling party should acknowledge and consider good ideas raised by politicians from other parties, as well as PAP backbenchers, he added.

At the same time, leaders of other opposition parties should condemn destructive criticisms which “push falsehood and twist facts out of context”, Mr Lim said.

“Constructive suggestions build up Singapore,” he said. “Destructive untruths will bring down our country because it instils hatred against fair and decent leaders.”