Pioneer cabin crew and pilots meet up after 50 years

SINGAPORE - Former air stewardess Eunice Chua had one of the biggest shocks of her life when she showed some compassion to what appeared to be a down and out passenger on one of her earliest flights.

Madam Chua spotted the middle-aged Chinese man on a plane from Kuala Lumpur to Kuantan in 1962 sporting a pair of worn-out canvas shoes.

The ex-Malayan Airways air hostess had poor eyesight but was able to make out that her passenger's toes were sticking out of holes in his shoes.

She felt sorry for him and gave him an air sick bag full of Thye Hong biscuits.

The man in return handed her his business card but it was not until later that Mdm Chua found that he was a millionaire in KL. 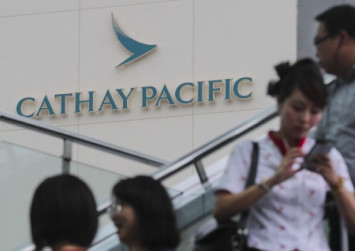 "I had a night stop (there) and decided to phone him," she recalled on Saturday (April 27). To my amazement, a Cadillac arrived with my host and his family to fetch me.

"Never judge a book by its cover. I went through so many funny adventures because of my poor eyesight."

Mdm Chua, 76, was reminiscing about her adventures as a stewardess in Singapore during a reunion of the early batches of cabin crew and pilots.

Many were in their 60s and 70s and for some it had been close to 50 years since they last met yet this pioneer batch of cabin crew and pilots recognised each other easily during the reunion at Singapore Cricket Club.

The gathering was an opportunity for the "old family" to "reminiscence the past and catch up on the present," said Mdm Chua.

"Passengers were very appreciative of the little things we did for them back then," she said. "When I helped seniors to recline their seats, they were so thankful they held my hands for so long.

"We were quite young and naive. We said what came to our mind, and our passengers loved it."

The reunion was organised by former cabin crew member Ravinder Pal, 71, as many of his former aviation colleagues said they wanted to meet each other again.

"We've had small gatherings in the past, but never of his scale in the last 50 years," he added. "Everyone is so happy to see each other that they are already planning for the next meet-up."

The oldest attendee was 99-year-old former pilot Ho Weng Toh, who flew for Malayan Airways, then Malaysia-Singapore Airlines and finally Singapore Airlines. Oh, and he even fought in World War II as a bomber pilot.

"Flying is a very strange thing. Once you start you cannot stop. I really miss seeing the clouds," he said. "For tonight seeing my friends again comes close to that feeling."