There was no confrontation between the perpetrators and the crew in all three incidents.

The incidents took place within the span of six hours on three nearby ships.

As none of the perpetrators has been arrested, the pirates might strike again, said the Regional Cooperation Agreement on Combating Piracy and Armed Robbery against Ships in Asia (ReCAAP) Information Sharing Centre (ISC) on Monday.

There was no confrontation between the perpetrators and the crew in all three incidents and none the crew was injured, ReCAAP said.

Ship equipment was stolen from one ship, and a lifebuoy from another, while nothing was taken from the third ship.

The latest armed incidents take the total number of such attacks this year in the Singapore Strait to 31 so far, against the same number of incidents for the whole of last year.

The first incident occurred at 9.25pm on Sunday, while tanker Zeno was travelling near Tanjung Bulat in East Johor, Malaysia.

Three perpetrators were spotted in the engine room.

There was no further sighting of the perpetrators and some shipping equipment, including a sounding rod and a portable breathing apparatus, were stolen from the engine room. 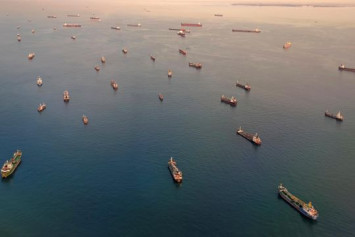 At 2.20am on Monday, two perpetrators were spotted near the engine room on bulk carrier Lefkada, which was travelling near Tanjung Ramunia in East Johor, Malaysia. The alarm was raised and a search of the ship was conducted, but the intruders could not be found.

The oil spill equipment locker was found unlocked and a life buoy had been stolen.

Barely an hour later at 3.08am, one perpetrator was seen near the steering gear compartment on bulk carrier Atlantic Diana, which was near Tanjung Pergam in Pulau Bintan, Indonesia. The crew searched the ship but could not find the intruder. They found nothing stolen.

Warning about the possibility of further incidents, ReCAAP said: "All ships are advised to exercise utmost vigilance, adopt extra precautionary measures and report all incidents immediately to the nearest coastal State.

It advised the littoral states to increase their patrols and enforcement in their respective waters, and to increase coordination and information sharing on the latest situation and the criminal groups involved, to apprehend the perpetrators.