The Agri-Food and Veterinary Authority is authorised to make arrests for offences that fall under nine Acts and their subsidiary legislation.

SINGAPORE - The Agri-Food and Veterinary Authority of Singapore (AVA) is authorised to make arrests for offences that fall under nine Acts and their subsidiary legislation, according to its website.

News reports on Monday (Jan 8) that the operator of pet boarding facility Platinium Dogs Club has been arrested by the AVA over alleged animal welfare offences raised questions among social media users over the powers of the authority to investigate and prosecute offenders.

In response to a Facebook post on the issue, user Rohaizat Haikal wrote on Tuesday: "AVA can make arrests? This is something new to me."

Others, such as user Loh Shi Wei, wondered if it was only police officers who have the powers to do so. 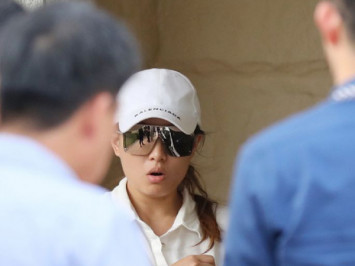 Senior Parliamentary Secretary for Home Affairs and National Development Sun Xueling first revealed in a Facebook post on Monday that the 30-year-old operator had been arrested, even as investigations into the facility are set to continue. The AVA confirmed the arrest was made under the Animals and Birds Act.

Platinium Dogs Club, a pet boarding house in Bukit Panjang, was raided by the authorities on Dec 29 and 31 following complaints that pets in its care were allegedly mistreated.

The AVA later took temporary custody of animals found on the premises.

Under the Animals and Birds Act, which is available on the Singapore Statutes Online, a director-general of agri-food and veterinary services may be appointed to administer the Act and any other written law.

Boarding facility Platinium Dogs Club has been in the headlines following complaints that pets in its care were allegedly mistreated. Here's a recap of the saga. http://str.sg/o6j6

Posted by The Straits Times on Tuesday, January 8, 2019

The director-general may also appoint, in writing, any public officer or AVA officer to be an authorised officer to carry out the powers or duties under the Act.

This means that besides police officers, authorised officers are able to carry out searches and seize animals or items in order to ascertain if an offence under the Act has been committed.

The authorised officer may also arrest a suspect without a warrant if there is reason to believe that a crime has been committed, and carry out certain actions, such as collecting statements, as part of its investigation powers.

Some other statutory boards, such as the National Environment Agency, similarly have the power to administer laws.