SINGAPORE - Prime Minister Lee Hsien Loong set out on Friday (Aug 24) why home ownership is a key national policy, saying it gives every Singaporean a stake in the country and has improved lives significantly for all.

On the issue of 99-year Housing Board (HDB) leases, Mr Lee refuted the notion that the lease is "merely an extended rental" and not a sale.

He said he found the argument by some commentators "frankly amazing", as many private properties are also held on 99-year leases but no one argues they are merely being rented.

"HDB lessees have all the rights over their flats that owners of such leasehold private properties have. You can live in it, you can transact it, you can bequeath it to your children - it is yours," said Mr Lee, at a book launch held at the National University of Singapore.

In fact, HDB owners enjoy extra privileges, because their flats get upgraded from time to time with generous government funding, he added.

While Mr Lee did not name the commentators he was referring to, The Straits Times had published a commentary on Aug 14 by International Property Advisor chief executive Ku Swee Yong, who recommended "that we be honest with ourselves and recognise that we are merely lessees who rent the HDB flats for their terms".

Public housing was one of the hot-button issues Mr Lee addressed at the National Day Rally on Sunday, when he announced several long-term housing initiatives in response to concerns over expiring HDB leases.

Read Also
A 99-year leasehold flat is an owned asset, not a rental: Lawrence Wong 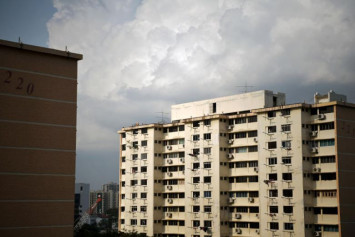 Returning to the issue today, he said home ownership enables every Singaporean to share in the country's economic growth, because as the economy grows, so will the value of their home.

Nearly every household - even low-income ones - has a substantial asset to their name.

"As a result, we have improved lives significantly for all and avoided the extremes of privation and poverty often seen even in affluent societies," he said.

The prime minister noted the Government could have adopted other policies to house the population, such as providing rental flats at subsidised rates, having controlled rents like in San Francisco, or leaving housing largely to the private market like in Hong Kong.

"But none of these alternatives would have achieved the same economic and social results as home ownership, because the experience of other cities show the private market will not provide adequately for poor or even middle-income families," Mr Lee said.

He added that rental housing creates a very different mindset from owning a home, as a tenant lives from month to month and has no interest in the property's long-term value as he cannot sell the property or leave it to his children. "It is not yours."

In comparison, a homeowner takes responsibility for his property, thinks long term and does his best to protect its value, he said.

This is done directly through good maintenance and upkeep, and also indirectly by upholding the society and system on which the value of his home depends, he added.

"That is why HDB sells flats to Singaporeans at highly subsidised rates," he said. 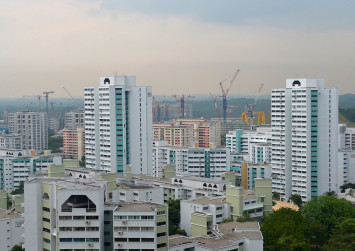 It is also why HDB prefers to sell very heavily-subsidised flats to low-income households rather than offer them a subsidised rental unit at cheap rents, he added.

Mr Lee spoke at the launch of the book "Critical Issues in Asset Building in Singapore's Development," co-edited by former MP Dr S Vasoo and Associate Professor Bilver Singh from NUS. The book published by World Scientific looks at how policies such as accessible housing and national conscription have contributed to Singapore's growth and development.

In his speech, Mr Lee also held up the compulsory Central Provident Fund (CPF) saving scheme as another way the Government helps Singaporeans build up their assets.

The Government could have addressed this need through a state pension scheme funded through taxes as many countries do, he noted.

"Instead, we built a unique system to help people save up for themselves, and build a nest egg for retirement," he said, adding that the Government helps grow CPF savings by paying "fair and even generous interest rates".

This system provides Singaporeans with a disciplined way to save for the future and take care of the major financial commitments in life," Mr Lee said.

Singapore's approach of asset enhancement has worked well, "though we are not dogmatic about it," he said, citing that grants and subsidies are given to people where needed through schemes like Workfare for low-income workers.

This support is one of the country's intangible assets, he said, adding that there are other shared values such as a commitment to multiculturalism, an intolerance for corruption, the acceptance of national service as a necessary sacrifice and an appreciation of the vital importance of water.

"These intangibles hold us together as one people," he said. "They enable our society to solve problems and make progress in ways which are very difficult for others to emulate."