SINGAPORE - Prime Minister Lee Hsien Loong is suing the chief editor of The Online Citizen, Mr Terry Xu, over an article TOC posted on its website and Facebook page on Aug 15.

According to a TOC Facebook post on Thursday (Sept 5), the court documents said that the article contained “statements that are false and baseless and were calculated to disparage and impugn PM Lee as well as his office as the Prime Minister”.

This statement of claim, together with the writ, was served on Mr Xu at his house on Thursday by PM Lee’s lawyers Davinder Singh Chambers, TOC added.

TOC also said that Mr Xu has eight days to file notice in court that he will be defending himself against the claim by PM Lee. The article, titled “PM Lee’s wife, Ho Ching weirdly shares article on cutting ties with family members”, had commented on a Facebook post by Ms Ho Ching and her relationship with PM Lee’s siblings, Mr Lee Hsien Yang and Dr Lee Wei Ling.

Ms Ho had shared a link to an article titled “Here is why sometimes it is okay to cut ties with toxic family members”.

The TOC article also referenced a Facebook post made by Dr Lee in May, in which she said that PM Lee had misled their father, the late Mr Lee Kuan Yew, into believing that the family house in Oxley Road had been gazetted by the Government.

She added that the TOC article also made other false allegations. 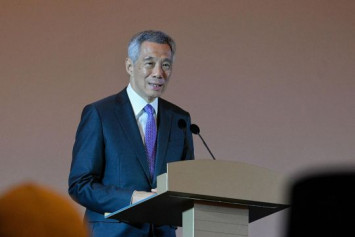 “One such false allegation is that after it was revealed to Mr Lee in late 2013 that the 38 Oxley Road property had in fact not been gazetted, he removed PM Lee as an executor and trustee of his will,” Ms Chang said in the letter.

“The truth is Mr Lee had not included PM Lee as an executor and trustee in any of his wills from 2011 onwards. Mr Lee had explained to PM Lee that he did not want to put PM Lee in a difficult position, if the Government were to acquire the property and his siblings took issue over the compensation.”

These allegations in the article and post are libellous, Ms Chang added.

She said PM Lee asked Mr Xu to remove both the article and post as well as to publish a full and unconditional apology, and an undertaking not to publish any similar allegations, by Wednesday.

But on Wednesday, Mr Xu said in a Facebook post and a letter on the TOC website that he would not comply with PM Lee’s demands.

Mr Xu said in the letter to PM Lee: “Although I do fear that the cost stemming from the possible legal suit from you may be hefty, that is a price that I am willing to pay to not only uphold my principles, but also to uphold my obligations to Singapore and my fellow Singaporeans.”

The pre-trial conference for the suit has been set for Oct 15.