SINGAPORE - Lawyers for Prime Minister Lee Hsien Loong have made an application to the courts to strike out the counterclaim by blogger Leong Sze Hian, who is being sued by PM Lee for defamation.

This is "on the ground that it has no basis in law and is completely hopeless", said PM Lee's press secretary Chang Li Lin, in response to media queries on Thursday (Jan 10).

Mr Leong's lawyer, Mr Lim Tean, said in a statement on Thursday his client had received the application. He also said PM Lee has chosen not to serve a reply to the defence put up by Mr Leong.

Mr Leong, in a countersuit in December, claims PM Lee's defamation suit against him for sharing a post on his Facebook page is an abuse of the process of the court. 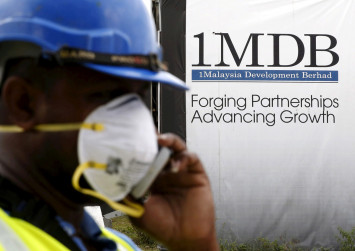 In court papers filed, he claimed what he did was no more than what thousands of others had done in sharing the offending article - which said PM Lee had helped launder money from Malaysia's embattled 1Malaysia Development Berhad (1MDB) state fund.

He said in his countersuit: "The predominant purpose of the claim is the use of the legal process to chill freedom of expression in Singapore generally and in particular to restrict reporting on any role the Government may have had in the 1MDB scandal."

His lawyer, Mr Lim from Carson Law Chambers, also argued the article on how Singapore and PM Lee had become targets of the investigation into 1MDB was "a matter of public interest... whether or not it was correct".

Mr Leong has launched a crowdfunding initiative to raise funds for his legal fees and potential damages, and hopes to get $25,000.

As for PM Lee choosing not to reply to Mr Leong's defence, Senior Counsel Siraj Omar, who has more than 20 years of experience, told The Straits Times that generally speaking, the effect in law of a plaintiff not filing a reply to the defence is that he is "effectively challenging everything in the defence, and asking the defendant to prove what he says in the defence".

PM Lee initiated legal action against Mr Leong last month, after he shared on Facebook part of the headline of the article from Malaysian news portal The Coverage, with a link to the full article.

PM Lee's lawyers said the article's allegations were "false and baseless", and it was clear Mr Leong had published the post "maliciously and to damage our client".

The Coverage article had been described as "fake news and clearly libellous" by Singapore's High Commission in Malaysia on Nov 7. Mr Leong posted it the same day.

Mr Leong, in his defence, denies he was being malicious and among other things, said his "only involvement in this matter has been to make available the article in The Coverage on his Facebook page without embellishment or comment for less than three days".

He took down his Facebook post on Nov 10 after being told to do so by the Infocomm Media Development Authority, according to court papers filed.

Mr Leong is seeking compensation for damage to his reputation through the issuance, continuance and reporting on the legal proceedings, as well as costs, the court papers said.

PM Lee is seeking aggravated damages as well as costs, plus an injunction that Mr Leong be prevented from publishing or disseminating the defamatory allegations, or any other allegations of complicity in matters relating to 1MDB.