PN Balji: GE2020 has been a question of leadership

I must have read these words by the PM a zillion times: "You have my word — together with my older colleagues like Teo Chee Hean and Tharman Shanmugaratnam, as well as the 4G ministers, I will see this through... I am determined to hand over Singapore intact and in good working order to the next team."

What did Lee Hsien Loong mean when he uttered those words during his online rally?

At one level, it can be read as the PM telling his viewers that there is no need to worry. The government is putting all its resources, including the more experienced ministers, into helping the younger team take the country out of the Covid-19 crisis.

At another level, the message could be that the task is monumental and it is only proper to send in a group of super substitutes into the field. 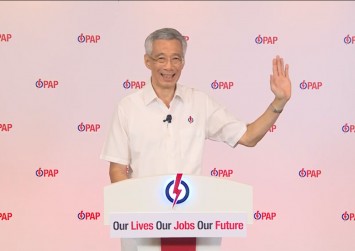 At a deeper level, it could be that Lee is signalling to Singaporeans that his young team needs more time and that he might delay the handover of prime ministership that he has promised when he turns 70 in less than two years.

Lee's speech was not an ordinary one. It is the most important speech of GE2020, bringing back memories of the Fullerton rallies with Lee Kuan Yew, one clenched fist punching the air and the other hand on his waist, shouting Merdeka.

And Lee Hsien Loong, knowing the significance of this rally, must have chosen his words carefully and with precision.

Although the election campaign was not touted officially as one with DPM Heng Swee Keat and his team in charge, there was no doubt in many Singaporeans' minds that this was a kind of referendum on them.

If they were really in charge, it didn't show in the campaign trail. Even the first live TV debate was not helmed by one of them, but by a more senior minister, Dr Vivian Balakrishnan.

Heng's performance on Nomination Day, where he fumbled, must have worried not just Singaporeans but even the Cabinet.

The question then is: Should the 4G team be given the sole responsibility to front the crisis?

It is clear now that it was a Herculean task for the newbies — that is why Senior Ministers Teo and Shanmugaratnam were sent in to supplement the Covid-19 team and take charge of specific duties in the last few months. 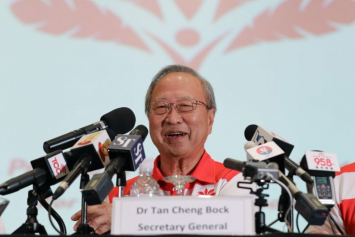 It seems the succession plan is not going as smoothly as they hoped and Singaporeans will have to wait for the word on that from the PM after the election.

On the other side of the fence, the Workers' Party's Pritam Singh has shown a steady hand and a cool demeanour to present his party's stand.

In one video, he is seen telling the reporters to move into a void deck because the clouds were getting dark. And it shows him actually telling them to adjust the lights and the microphone.

Read Also
GE2020: WP will look into Facebook comments of Raeesah Khan, but does not want to prejudice investigations 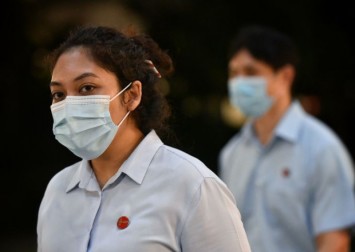 And not to forget the way he handled the Raeesah Khan saga like a seasoned politician. He was steady, calm and dignified.

But he missed the opportunity to put the 4G leadership under the microscope.

In trying to preserve his party's image as a responsible political organisation and in wanting to be above the incessant personality bashing that the PAP was throwing at the Opposition, it got side-tracked and did not put the leadership issue under the spotlight.

It is an issue that every Singaporean needed to be made aware of — if there was one thing Singapore was spot on about, it was political succession.

A proper airing of an issue that is so vital for the country's future just didn't happen and we are all the poorer for it.

Now we are left guessing if political succession will go ahead smoothly and if the country can wade through a difficult world without too many missteps.

The PAP placed the Covid-19 crisis square and centre in the campaign trail, but because it was done to death in the run-up to the campaign, it did not gain traction.

A 23-year-old first-time voter said: "After the first two days, I lost interest in the manifestos and e-rallies as the excitement was just not there."

But some older people found the e-rallies useful. One said: "Although I missed the physical rallies, the ones on TV and the internet were valuable because they gave me the chance to see different rallies without leaving my home." 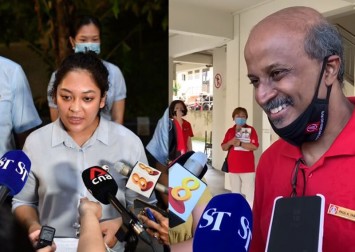 One unpleasant aspect was the way the ruling party went after some members of the Opposition bringing back memories of a ham-fisted party which wanted to shut down personalities.

Some Opposition members fell into the PAP trap when they tried to defend themselves and thus having little time to get their messages to the voters.

PAP was bent on wanting a "strong mandate" and plugged the NCMP scheme to tell voters that they can have the cake and eat it.

Even if the Opposition loses all seats, they can still have at least 12 top losers in Parliament and with full voting rights, voters were told.

"There's no possibility of the Opposition being shut out from Parliament," PM Lee said.

Will voters buy this?

If they do agree with this line of thinking and if they let the PAP have a landslide, maybe even a wipe-out of the Opposition, what kind of a signal will it send to those citizens who desire a modern and politically progressive society?