A teenager and his mother who had no qualms yelling the n-word on Instagram Live, despite being told not to, have since gone under police probe after several reports were lodged against them.

The police confirmed that a 19-year-old Singaporean male and his 53-year-old mother are under investigation for their suspected involvement in uttering racial slurs and vulgarities on social media with deliberate intent to wound the racial feelings of others.

The two suspects have been the topic of intense discussions on social media over the past week. The teen is a cover singer who performs on Instagram Live, and someone pulled up a 2016 video in which he dropped the n-word.

On an Instagram Live session on June 3, the teen responded poorly to the criticisms against him over using the offensive slur. Failing to see how he was being disrespectful, he became hostile and proceeded to drop even more n-bombs despite netizens trying to educate him. His mother got involved, and both of them went on a spree of verbal abuse using the racial slur. 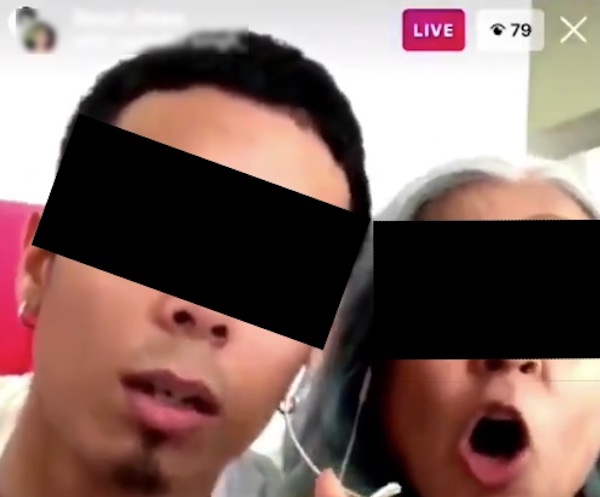 "How does someone have little to no cultural sensitivity? How does a mother condone this behaviour? How are you so okay with disregarding a whole race?" wrote @dianaestellapt, who reposted the video on her Twitter account.

On Instagram Live, his mother even defended the use of the slur, insisting that it’s just “a figure of speech”. She even asserted that she’s not a racist and refused to apologise.

“Why must you educate my son to not say the word n****. Come on lah, everyone says that word,” she exclaimed.

Though the video has since been taken down, it was reposted on Twitter and shared widely over the past week. Police confirmed that several reports were lodged against the mother and son. 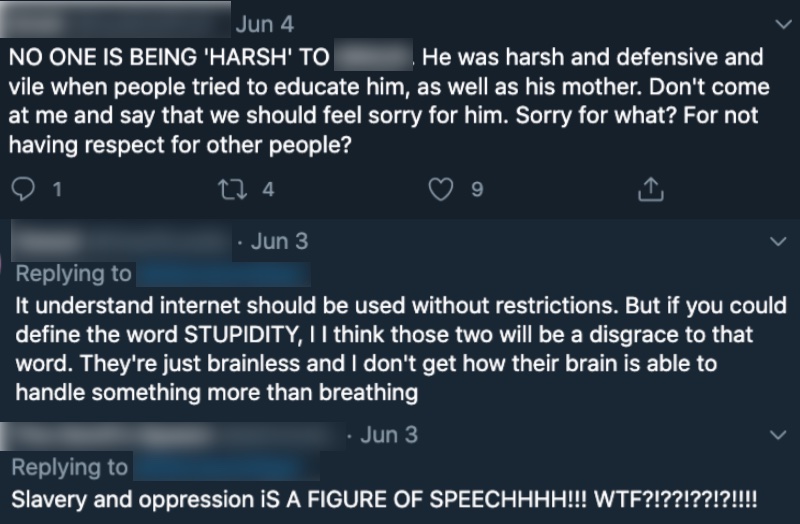 Since their infamous video, the two have appeared on local podcast OKLETSGO in an attempt to clarify their stance. In it, the teen mentioned that he uses the n-word because he loves black culture. His mother, on the other hand, claimed that she has hung around black people before and nobody protested when she used the word.

Released on Monday (June 8), the podcast brought in multiple figures like comedian Fakkah Fuzz, rappers Abangsapau and Tengyboy, as well as local TikTokers Nancy Eva and Wendy Maryzeline — who are of Tanzanian descent — to educate the teen and his mother on the violent weight of the ethnic slur.

Though the teen appeared to be apologetic about his actions, his mother sounded unrepentant at the end of the podcast, asserting that racism no longer exists in 2020.

“Any person who makes remarks that can cause ill-will and hostility between the different races and religions will be dealt with swiftly and firmly,” wrote the police in a statement.

Should they be charged with the offence uttering words with deliberate intent to wound the racial or religious feelings of any person under Section 298 of the Penal Code, they could be slapped with up to three years in prison and/or a fine.