SINGAPORE - The police are looking into a suspected abduction attempt at the Toys "R" Us outlet at Suntec City.

A letter from Josiah childcare centre stated that the incident involved a Kindergarten 1 boy and happened on Wednesday evening (Nov 21), police said in a statement.

According to a copy of the letter obtained by Shin Min Daily News, the boy’s father had picked him up from the centre on Wednesday evening. The letter, signed by the centre's vice-principal, said they were at the Toys “R” Us outlet when a woman approached them and claimed that the boy was her son.

She ran away but made a second attempt to lure the boy away with toys and got angry when the boy’s father confronted her and told her to stay away. The woman was described as having short hair and was in her mid-40s. 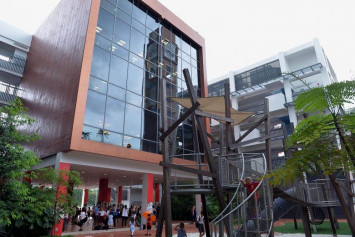 A police report was later made by the child’s parents.

The childcare centre and the boy's parents are assisting with police investigations.

The police said that they treat such incidents seriously and urged members of the public not to speculate or spread unsubstantiated information which may generate unnecessary public alarm.