Policies need to evolve to keep up with changing views: Shanmugam on Section 377A

When it comes to Section 377A, Home Affairs Minister K Shanmugam said on Thursday (March 3) that the Government is considering the "best way forward" and that involves respecting different viewpoints and talking to the different groups.

"If and when we decide to move, we will do so in a way that continues to balance between these different viewpoints, and avoids causing a sudden, destabilising change in social norms and public expectations.

"Policies need to evolve to keep abreast of such changes in views. And legislation needs to evolve to support updated policies," Shanmugam said as he addressed a parliamentary question on the recent Court of Appeal judgment dismissing challenges to Section 377A.

The repeal of Section 377A is a contentious issue. In 2007, after amendments to the Penal Code, the retention of the law was debated in Parliament where Prime Minister Lee Hsien Loong made a speech.

Section 377A states that any male person who, in public or private, commits any act of gross indecency with another male person, shall be punished with a jail term of up to two years.

Shanmugam observed that since the Parliament discussion in 2007, "social attitudes towards homosexuality have gradually shifted".

He said: "One of the things that upsets the LGBT+ community is that many feel that their experience of being hurt or rejected by their families, friends, schools and companies — is not recognised, indeed often denied.

"At the same time, a large majority want to preserve the overall tone of our society — in particular, the traditional view of marriage as being between a man and a woman, and that children should be raised within such a family structure.

"Their concern is not Section 377A per se, but the broader issues of marriage and family. Many amongst this group, also support decriminalising homosexual sex between men. Both these viewpoints are valid and important." 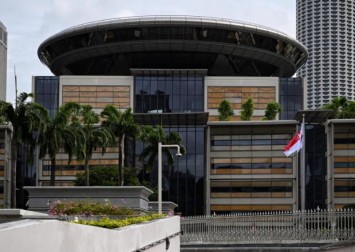 Shanmugam referenced PM Lee's 2007 speech, reiterating that Singapore wants to be "a stable society with traditional heterosexual family values, but with space for homosexuals to live their lives and to contribute to society".

At that time, PM Lee also said "among them (homosexuals) are some of our friends, our relatives, our colleagues, our brothers and sisters, or some of our children".

He added that the Maintenance of Religious Harmony Act expressly states that any attack on LGBT+ groups, or on persons because they are LGBT+, will be an offence and will not be tolerated.

As for the recent Court of Appeal judgment, Shanmugam pointed out that the AGC is looking at it carefully and "the current legal position reflects our society's norms, values and attitudes."

The challenges were brought by three men who argued that Section 377A should be struck down as it violates their constitutional rights.

Read Also
Section 377A stays on the books, but cannot be used to prosecute men for having gay sex, rules Court of Appeal 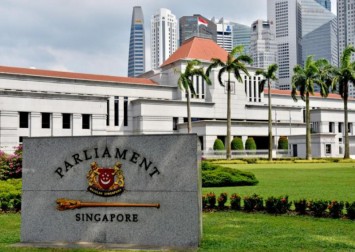 Commenting on the unique compromise the Government has struck with regard to Section 377A, Shanmugam said that the approach "strikes a balance between preserving the legislative status quo, whilst accommodating the concerns of those directly affected by the legislation".

This was done "in order to avoid driving a deeper wedge within our society", he explained.

He said: "Socially charged issues, such as Section 377A, call for continued discussion and open-ended resolution within the political domain, where we can forge consensus, rather than in win-lose outcomes in Court.

"In this way, we can accommodate divergent interests, avoid polarisation, facilitate incremental change."