While the young man may have been misled into transferring virtual property to the scammer, it would be challenging to provide evidence of cheating.

SINGAPORE - When a polytechnic student swiped right on a Tinder profile in March 2021, he was expecting to fall in love and start a relationship, but he ended up losing his hard-earned money to a love and game scam.

The 20-year-old graphic design student, who wanted to be known only as JC, said that according to the app, he had been matched with a woman named Lin Fei, a 26-year-old who works in an engineering company in Singapore.

On their second day of interaction, JC said they decided to continue their conversations on messaging and social media application WeChat.

JC told The Straits Times: "She was playful and friendly. I was just going with it and didn't think much of it."

He added that Lin Fei showered him with compliments and even confessed that she "loved" him.

On the same day, JC received a weblink from her to download a Chinese mobile gaming app called Xian Mo Zhan Chang, which is a romantic fantasy game, so they could have more bonding time together.

JC said that to make him continue playing the game, she would "guilt trip" him.

"She would say things like 'I love you, I want you to play with me.' When I refused, she would be like 'all guys are like this'," he said. 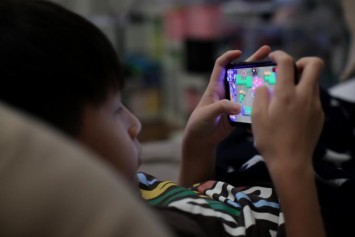 Two days later, Lin Fei said she wanted to meet JC at Farrer Park MRT station the next evening. They agreed to meet at 7pm.

The next day, Lin Fei wanted JC to become her in-game husband. He paid $300 through PayPal to purchase gaming credits to pay for the virtual marriage.

At 7pm, she did not turn up at Farrer Park station. Instead, she wanted JC to purchase 999 stalks of roses in the game for her before she would meet him.

"She said that I should buy the roses so that she can see my sincerity," said JC.

After he transferred them to her, Lin Fei claimed she did not receive the total number of roses and wanted him to do it again. He borrowed $300 from a friend to purchase the gaming credits.

Between 7pm and 10pm, JC spent about $1,800 in total to purchase the gaming credits and sent the roses to her five times.

He said: "When she said that she did not receive the full number of roses after the first and second time, I was suspicious, but I was also in the sunk-cost fallacy.

"She promised me she would return the money and it was under this promise that I continued."

When Lin Fei again told him she did not receive the roses after the fifth transaction, he became angry and headed home. It was then that he realised he had been scammed.

JC said: "I was angry at myself because I felt that it was my fault for giving in and not being able to stand my ground. To lose $2,100 is a big amount to me."

He added that it took him a year to save up the money by working two part-time jobs. It was supposed to be his emergency fund. 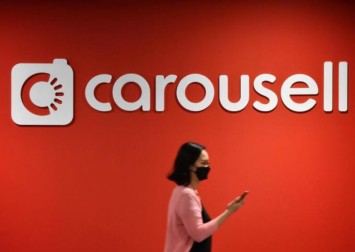 When JC later told Lin Fei that he was reporting her to the police, she said she would return the money to him the next day.

JC said: "I didn't make a police report. Because it is a game, I don't really know whether this is considered a scam or maybe it was my fault that I gave in. It is a very blur line. I don't think the police would be able to help."

Lawyer Cory Wong said that while the young man may have been misled into transferring virtual property to the scammer, it would be challenging to provide evidence of cheating.

Mr Wong, an associate director at Invictus Law Corporation, added: "If you don't have real-life leads on the suspect and the transaction takes place entirely within the game, it may be hard to obtain evidence that a transaction with the suspect had even occurred."

The next day, JC and his friend went to Farrer Park station at 8am to collect the money from Lin Fei, but she did not show up. JC then received her message that her best friend had met with a car accident and she needed to visit her at Changi Hospital.

JC and his friend decided to meet her at the hospital. On the way, his friend realised it was another lie, as it was not visiting hours yet.

In April, Lin Fei messaged JC to say she could not return the money because she has to pay for her friend's medical bills. When JC tried to contact her in May, he realised she had blocked him on WeChat.

Reflecting on the incident, he said the experience has taught him to be more practical in thinking and looking at situations in his life.

"It taught me to stand firm and not let people influence me easily," said JC.

"If someone is putting a lot of pressure on you in a relationship, you need to think about whether their actions will harm you or if they have good intentions."