Preoccupied with our survival 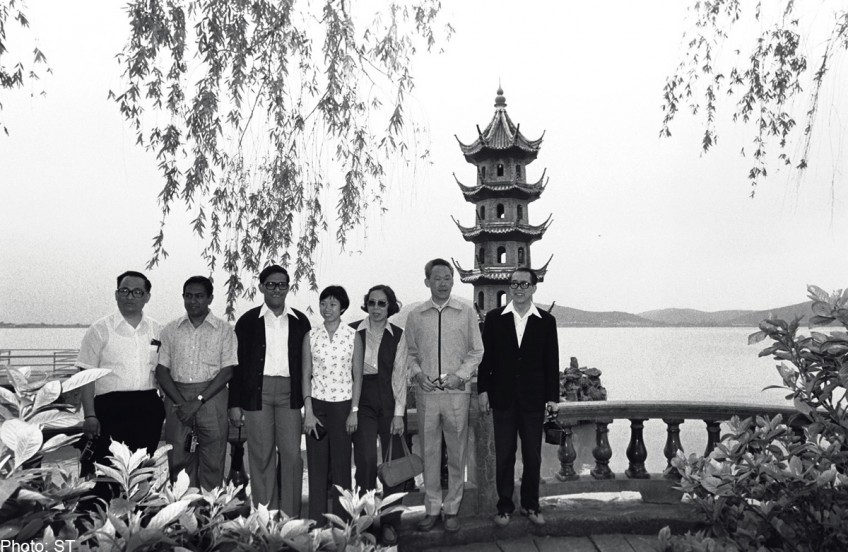 S R Nathan, 90, was Singapore's sixth President from 1999 to 2011. He was a social worker, trade union research official and diplomat before that.

AFTER I joined the Ministry of Foreign Affairs in 1965, one of my roles as a junior civil servant was to take notes at meetings.

It was a great privilege to observe at close quarters the way in which Mr Lee Kuan Yew, together with other pioneer leaders including Dr Goh Keng Swee and Mr S. Rajaratnam, set about the task of establishing the newly independent city state of Singapore on a firm footing. Mr Lee displayed extraordinary energy, resilience and an unfailing commitment, despite the odds stacked against him.

Statehood meant confronting not only the ongoing communist threat, but also other problems such as language issues, racial tensions and riots. Even after Separation, the relationship with Malaysia continued to be tense and required careful handling, as did relations with Indonesia.

Singapore's economy was in a fragile state, and jobs were in short supply. Much of the population had to be rehoused in decent conditions. These were huge challenges at the time. The Prime Minister's mind never stopped working as he mulled over the issues, big and small, that confronted Singapore. If he travelled anywhere, he was always asking if something he saw could be applied in Singapore.

He would grill anyone he met for ideas that could be useful - many a time I saw foreign dignitaries and other experts emerge from a meeting with him in a state of exhaustion, after he had pumped them for ideas and information. He was totally preoccupied with our survival and prosperity.

He could be extraordinarily tough in negotiations when our national interests were at stake. He was a pragmatist at such times, a practitioner of realpolitik, even if that meant ignoring high-minded critics, both at home and overseas. His single-mindedness fired my enthusiasm.

During these years of nation-building, working for Mr Lee Kuan Yew was pressured, stressful, exciting and challenging. That experience was an education that no university or printed book could have given me.

As I re-read some of his speeches of the 1950s and 1960s, I was reminded that "socialism" was a recurrent theme. Was it a substantial element in his political philosophy? Was it a tactical sop to left-wing challengers? It is a term one rarely hears in speeches today, but I hope that concern for the common good remains, as we work to produce "socialist benefits through capitalist methods".

My first working contacts with Mr Lee Kuan Yew more than 50 years ago marked the beginning of a long and eventful journey. My formal credentials are modest. Yet, on many occasions he has been willing to trust me with important tasks in a number of fields, including the diplomatic service.

When I was well into my 70s, when I thought my career in public life was probably over, he asked me to put my name forward as a candidate for the presidency of this great land.

I was honoured to be given that opportunity.

I hope that my performance in the great variety of positions I have held over the years has measured up to the confidence Mr Lee Kuan Yew placed in me.

During my career in the public service, I never had any reason to change my high opinion of Mr Lee Kuan Yew, the man who, more than any other individual, created modern Singapore.

As a boss, he was exacting and yet capable of great warmth.

My first assignment with him was in 1966 when I was assigned to take notes at his meeting with the Thai foreign minister at Sri Temasek.

I hurriedly put on a tie and coat, and went to the meeting room. When he saw me, he came close to me, adjusted my tie, and told me: "You must remember you are no longer in the labour movement."

That touched me immensely. I had no father, no elder brother. No one had ever done that for me, with such affection.

I am privileged to have worked with him.