Madam Halimah Yacob said she has given her "in-principle support" for the draw - which is before the House for debate.

SINGAPORE - President Halimah Yacob has given her assent for the Government to tap on the Republic's reserves for a substantial assistance package to deal with the coronavirus outbreak - an extraordinary move to deal with what she called an unparalleled and unprecedented crisis.

In a message read out in Parliament by Speaker Tan Chuan-Jin, Madam Halimah said she has given her "in-principle support" for the draw - which is before the House for debate.

Such a draw on the national reserves to fund special Budget measures, has only happened once before in Singapore's history - during the 2009 global financial crisis, when then-President S R Nathan approved a draw of $4.9 billion to fund support measures.

This draw will fund a second tranche of support measures to deal with the Covid-19 pandemic, which will be outlined by Deputy Prime Minister Heng Swee Keat in Parliament on Thursday (Mar 26).

It comes after an initial $4 billion package announced by Mr Heng during the Budget last month.

The coronavirus pandemic has wreaked havoc across the globe, with many countries closing their borders and putting in place measures to restrict movement of people in a bid to stem the spread of the virus.

The outbreak has hit Singapore's economy hard, and Madam Halimah said she gave her support after "careful deliberations, considering the grave circumstances and highly uncertain outlook".

The closest historical precedent to the current crisis was the Spanish flu of 1918, which infected 500 million people, about a quarter of the world's population.

Read Also
Will Singapore use its reserves to counter the coronavirus? 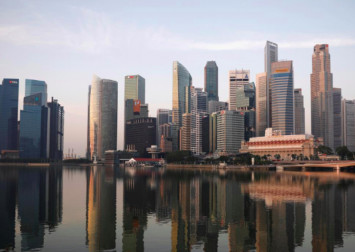 "But with globalisation and more interconnected economies and people, we can expect the economic impact to be far worse this time," she said. "We are faced with a double whammy of a worldwide public health emergency and a deepening economic crisis. This downturn is likely to be deeper and last longer than Sars and the 2009 global financial crisis."

Singapore's past reserves, which comprises assets accumulated by previous terms of Government, are safeguarded by a so-called "two-key system" - with the government and President each holding one key. Any draw on these funds by the government would thus require the consent of the President.

Outlining how she came to her decision, Madam Halimah said the government had first discussed with her the option of drawing on past reserves if the Covid-19 crisis worsens, when she was briefed on this year's Budget.

During the Budget speech on Feb 18, Mr Heng said the first tranche of support measures would not draw on the reserves.

But Madam Halimah hinted at this possibility on Mar 4, when she said it was something she would consider seriously if the situation called for it.

Since then, the situation has deteriorated sharply, with workers and companies suffering badly, said Madam Halimah, pointing out that hotel occupancy rates stand at 20 per cent, and airlines such as Singapore Airlines, have grounded virtually their entire fleets.

The World Health Organisation declared Covid-19 a global pandemic on Mar 11, and zaat about the middle of the month, the Prime Minister had discussed with the President the possibility of a second assistance package.

Both the President and her Council of Presidential Advisers (CPA), were then briefed by various agencies on the details of the package. 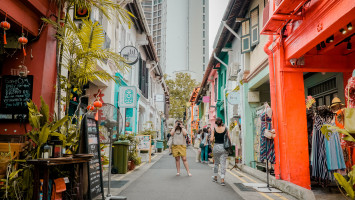 Madam Halimah told the House that Singapore's reserves were built up over years of prudent spending and were meant to cater for rainy days.

"The situation we are heading into looks more like a thunderstorm than a drizzle," she said, adding that it was the Government's responsibility in this crisis to come up with relevant and impactful measures.

Madam Halimah and the CPA also agreed that the priority should be to help workers keep their jobs, and that companies should be helped with their costs and cash-flow - especially those in badly-hit industries.

"Let me also mention that I am satisfied with the process by which the Government has proactively reached out to me and the CPA in proposing this draw on past reserves," she said, adding that agencies had comprehensively answered both their queries.

She noted that the CPA had also unanimously recommended that she give her support for the draw on past reserves.

The Supplementary Supply Bill that will fund the second support package will now be put before Parliament for debate. After it has passed the vote in the House, the President then has to scrutinise it again and give her assent.

In her message, Madam Halimah also said she was glad Singaporeans had banded together in the fight against the virus, calling on Singaporeans to unite and not be fearful.

"Singaporeans are responding calmly and responsibly. The Government has been open and transparent. And the community has stepped up to help those who may be more vulnerable. In these worst of times, I am heartened to see the best of Singaporeans," she said.