SINGAPORE - President Halimah Yacob on Monday (May 25) said she has given her in-principle support for the Government to draw on the nation's reserves for a fourth support package to help businesses and people cope with the economic fallout from the Covid-19 pandemic.

In a Facebook post, Madam Halimah said Deputy Prime Minister Heng Swee Keat and his team of ministers had briefed her and the Council of Presidential Advisers (CPA) last week on the fourth Covid-19 support package.

"This is the fourth Budget within two months into the new financial year, and the second time past reserves are tapped for the Government's Covid-19 response," she said.

The coronavirus crisis is unprecedented, she said, and the situation remains volatile, with significant uncertainties in global economy.

"Lives and livelihoods continue to be at stake. It is critical that we re-open safely, so economic activities will remain slow even as we try to restart them," she said.

"Having deliberated and considered the recommendation of the CPA, I am satisfied that the fourth support package is necessary to ensure a safe transition to this new normal for Singapore."

I am sure that everyone is looking forward to the gradual resumption of economic and social activities when the circuit...

Her post comes ahead of a ministerial statement on the fourth round of Covid-19 support measures, which Mr Heng, who is also Finance Minister, will deliver on Tuesday.

Mr Heng thanked Madam Halimah and members of the CPA for considering the proposals on short notice.

"The decision to use our past reserves has not been an easy one - we deliberated long and hard on this. Our past reserves were hard earned, and we have the responsibility of making every dollar count," he said in a Facebook post.

Naming the fourth Covid-19 support package the "Fortitude Budget", he said jobs will be a key part.

Fortitude — this trait of courage in adversity has come to describe our early generations. In his first National Day...

The Jobs Support Scheme has helped many employers retain their workers, he said, while acknowledging that some have lost their jobs or are worried that they might be retrenched.

"Those in your 40s and 50s are more anxious. We will help you turn anxiety into action," said Mr Heng.

This includes support for people to learn and upskill, and the creation of new jobs for those who are seeking employment.

"We are also creating traineeships and other opportunities for those completing their post-secondary education this year," he said.

The upcoming Budget will also provide additional support for social sector agencies, so they can continue to help the vulnerable among us and better mobilise Singaporeans to contribute their time and monies as the pandemic continues, Mr Heng added.

The Government had earlier announced three Covid-19 support packages amounting to $63.7 billion, which were rolled out between February and April.

Measures included the Jobs Support Scheme, which subsidises wages for local workers, and direct cash transfers such as the $600 Solidarity Payment.

The first Unity Budget delivered on Feb 18 saw $6.4 billion set aside to support businesses, workers and families affected by the coronavirus.

On March 26, Mr Heng added $48.4 billion to the effort in a supplementary Resilience Budget.

On April 6, he announced a further $5.1 billion under the Solidarity Budget to enhance and extend several support measures.

Another $3.8 billion was announced this month to extend some of the support measures for another four weeks of the circuit breaker. 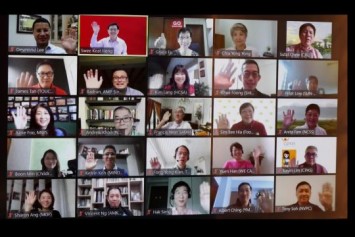 President Halimah Yacob has already given her assent for about $21 billion to be drawn from the reserves to fund these packages.

Mr Heng, who is also Finance Minister, said early generations of Singaporeans had shown fortitude. This trait of courage in adversity had helped Singapore defy the odds of survival to unite as one people, grow the economy and secure a place in the world.

Each generation has its own trials and tribulations, he said, and the Covid-19 pandemic is Singapore's biggest crisis since independence.

The battle against Covid-19 will be a long one, he added, with more ups and downs ahead.

"Our generation must have courage in adversity, to adapt and to emerge stronger, just like our founding generation. This is why I have named the upcoming budget Fortitude," said Mr Heng.

"Moving forward with Fortitude - as we stay United as one people, remain Resilient in the face of adversity and stand in Solidarity with one another."