Price of 50-year-old HDB flat can appreciate over the next 10 years: Khaw Boon Wan

SINGAPORE - Those who buy a 50-year-old Housing Board (HDB) flat today can expect prices to continue to appreciate over the next 10 years, Minister for Transport Khaw Boon Wan said at a dialogue with young people on Sunday (Sept 2).

Mr Khaw debunked claims that HDB flats are not assets just because the lease is for a limited 99-year period. He was speaking to more than 200 young people from Sembawang GRC on topics such as housing, healthcare and cost of living, which were raised at the National Day Rally speech last month.

"If you buy a 70-year-old flat, there is still appreciation potential especially because this Government is prepared to continue to invest in it through Home Improvement Programme (HIP) II and the Voluntary Early Redevelopment Scheme (Vers)," Mr Khaw said.

These are among the new schemes announced by Prime Minister Lee Hsien Loong in his National Day Rally speech last month to help older flats retain their value for a longer period of time.

Mr Lee had said that HIP will be expanded to cover more HDB flats, and each flat can expect to be upgraded twice during its 99-year lease, under the new HIP II scheme. The second round of upgrading will take place when the flats are about 60 to 70 years old. Vers gives owners of older HDB flats a chance to vote for the Government to buy back their flats before their leases run out.

Mr Khaw, who was Minister for National Development from 2011 to 2015, added: "The significance of this is that we actually prop up the value of your old flat... As long as we are in Government, this is what we will do."

Among questions raised was what the compensation terms would be like under Vers, since PM Lee had said that it would be less generous than that for Selective En bloc Redevelopment Scheme (Sers). 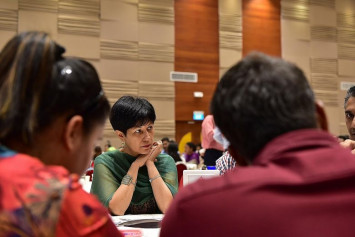 Sembawang grassroots leader Geraldine Yong, 22, asked how the valuation of the flat would be done when it came to Vers.

Mr Khaw pointed out that while a flat is an appreciating asset for as long as the economy continues to grow, at some stage it would begin to depreciate. "When will that turning point be? Year 80? Year 70? Year 90? I don't know," he said. "There are no market statistics for it."

He also explained why flat prices are appreciating at a slower rate now, compared with the past. 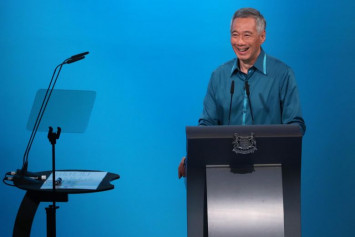 "In your parents' and grandparents' generation, we were lucky because we were transforming from third world to first world, so our economic growth was very strong... That's why you hear of your grandparents buying a flat for $30,000 to $35,000, and can now sell for about $400,000. So, it's an asset that appreciated significantly.

"Your generation is less likely to enjoy that same sharp rate of growth because the economy is now growing at 2-3 per cent, which is very good for a matured economy... We can expect appreciation but not as fast as the one experienced by your parents and grandparents," Mr Khaw said.