Prices of popular fish, like Chinese pomfret and red grouper, double to reach as high as $100 a kg ahead of CNY

Customers buying fish from a seafood seller at Clementi 448 Market and Food Centre, on Jan 26, 2022.

SINGAPORE - Prices of some popular fish, such as Chinese pomfret and red grouper, have spiked ahead of Chinese New Year, with some sellers at wet markets doubling their prices.

While the fish merchants association said the price increase is normal during the Chinese New Year period, stallholders said the increase is exacerbated by floods in Malaysia last month. Vendors added that suppliers in China have also been snatching up stocks.

Fishmonger Michael Yak, 47, who runs a stall at Tiong Bahru Market, said: "The price increase can't be helped. The floods in Malaysia last month affected supply and quality. Most of the stocks were also bought up by China."

A 70-year-old stallholder at Tekka Centre, who wanted to be known only as Mrs Yang, raised the price of Chinese pomfret from $30 a kg last month to the current $70 a kg. She is selling red grouper at $45 a kg, up from $30 before.

"As supply is low, customers must order these fish in advance," she said. Walk-in customers may not get what they want, she added.

Mr Ang Jwee Herng, president of the Singapore Fish Merchants' General Association, said that the two types of fish are typically around 50 % more expensive during the lead-up to Chinese New Year due to high demand.

"These are the most popular types of fish during the Chinese New Year period, so there's increased demand. It isn't any different from previous years," he said.

Meanwhile, fishmongers said the price of other fish like rabbitfish and marbled goby might fluctuate depending on their quality.

Mr Yak's prices for the two types of fish remained stable at $40 a kg.

But the price of rabbitfish dipped at BM Seafood in Ghim Moh. Fishmonger Lee Kok Weng, 33, who works there, said: "At the start of the month, rabbitfish was $30 a kg because the quality was good. But the stocks this week are quite normal, so we lowered the price to $26 a kg." The price of marbled goby at his stall remained the same at $45 a kg.

Madam Irene Lim, 64, a legal secretary who was shopping at Ghim Moh, said: "I buy fish only during festive seasons, so the price increase is acceptable to me especially when businesses at markets have been affected (by the pandemic)."

Mr Jerry Tan, vice-secretary of the Singapore Fruits and Vegetables Importers and Exporters Association, noted that the lack of workers in Malaysian farms meant that vegetable prices are prone to fluctuation.

He said: "It's harder to tell for vegetables like tang oh and Chinese cabbage, but tomatoes from Malaysia are priced on the high side at the moment due to labour shortage. Some importers have turned to Thailand for supplies."

Read Also
Chinese New Year budgeting (2022): How much does it cost to follow tradition? 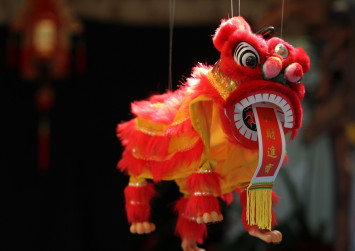 About 64 % of the 80,434 tonnes of leafy vegetables Singapore imported in 2020 came from Malaysia, with the rest coming mainly from China and Thailand.

He said: "Last month, I already increased the price of tomatoes from $1.50 a kg to $2.50. Now, I have to raise prices again but it can't be helped - stocks are still affected by the aftermath of the floods in Malaysia and manpower issues."

Mr Ng also raised prices of other vegetables like spinach and Chinese cabbage by between 50 cents and $3 a kg.

Madam Tan Ah Sim, 63, who runs a vegetable stall at Ghim Moh with her husband, increased the price of tang oh from $8 a kg last week to the current $10 a kg. She is selling spinach at $10 a kg now, up from $7 last week.

"Business is bad and we're quite stressed. There are fewer customers compared with last Chinese New Year, and our profit margin is not a lot," she said.

But a 75-year-old stallholder at Tiong Bahru, who wanted to be known only as Madam Goh, said she did not raise the prices of all her vegetables despite suppliers increasing prices by 30 %.

"We absorbed the costs because if we were to increase, no one would buy," she said.

This article was first published in The Straits Times.  Permission required for reproduction.