Pritam Singh clarifies he will donate 50% of his salary increase, not half his entire salary

SINGAPORE - Workers' Party chief Pritam Singh has clarified that the amount he will set aside for donations to his party, residents and charities will be half the pay increase he will get as Leader of the Opposition (LO).

On Tuesday, after the Government gave details about Mr Singh's political appointment - including his annual package of $385,000 - he put up a Facebook post saying he would use a percentage of his salary "for a greater purpose".

He said in the post that he would "allocate 50 per cent of the LO salary, after taxes" towards funding programmes for residents, for his party's specific needs, and for charitable causes.

Mr Singh's post sparked widespread interest and discussion, with much of the discussion centred on whether Mr Singh intends to donate half of his entire salary or if he plans to donate half the pay increase he will be getting as LO.

Read Also
Pritam Singh to set aside 50% of Leader of the Opposition pay for needy residents, charitable causes 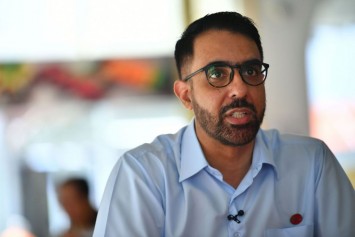 On Wednesday, Mr Singh added a note to his original post.

He said: "For clarity, 50 per cent of the additional LO salary amounting to about $96,000 per annum is dedicated to the above purposes. The actual amount will be less after income tax deduction. It is important I make this clear."

The sum of $385,000 is about double the amount regular MPs get, and Mr Singh's decision to give away half of the additional $192,500 had drawn praise from many observers, who said he was setting a good example for other political leaders.

His Facebook post had more than 4,000 comments, many of them from netizens who expressed respect for him.

But Mr Singh's plan to donate part of his salary also drew brickbats from others, who questioned his motives for making the plan public. 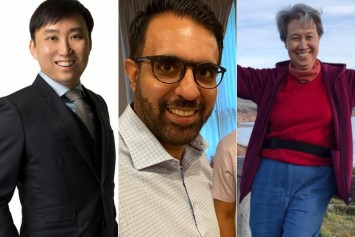 For instance, former Nominated MP Calvin Cheng called it "political theatre", and his post on Facebook sparked discussion on exactly how much Mr Singh would be giving away.

Prime Minister Lee Hsien Loong's wife Ho Ching, who shared several of Mr Cheng's posts on the issue, put up her own Facebook post, saying: "There are lots of folks who donated and continue to donate quietly, without making any public announcement.

"Some folks make public announcement of part of their donations, and still maintain privacy on the rest of their regular donations."

She did not name anyone or point to a specific example in her comment, causing some netizens to wonder if she was comparing these instances with Mr Singh's move to donate part of his salary.

Also wading into the discussion was political watcher Loke Hoe Yeong, who said in a Facebook post that he was "baffled at the hue and cry from some quarters" about Mr Singh's announcement.

Citing an incident in 1985, Dr Loke said then Minister of State Wong Kan Seng had announced that he would donate half his ministerial salary and MP's allowance, and he challenged opposition leaders J.B. Jeyaretnam and Chiam See Tong to do the same with their MP's allowance and salaries from their legal practice.

This was in response to Mr Jeyaretnam's suggestion that ministerial salaries should be cut by 25 per cent to match the sacrifices of workers amid the recession that year, Dr Loke said.

"It's worth bearing in mind some history here before hurling accusations about Pritam's intentions," he added.

In his original post, Mr Singh said he had discussed the matter with his wife Loveleen Kaur Walia.

He said: "While I am grateful to receive the additional support and remuneration that comes with the title of Leader of the Opposition, the appointment will require more investment of my time and longer hours away from my family.

"After putting the girls to bed, my wife and I knew there were some things we wanted to talk about arising from the LO appointment. Amongst other things, we spoke about what the salary increase would mean for our family. Both of us felt strongly that a percentage of the salary should be used for a greater purpose."

Over the years, various MPs and ministers have given away substantial amounts of their allowances and pay.

Prime Minister Lee Hsien Loong has donated increases in his salary for several years since 2007, saying he wanted to signal to Singaporeans his "primary considerations are for the future of this nation, and not for my own salary".

PM Lee has also donated money that has gone towards setting up many awards.

Minister for Culture, Community and Youth Edwin Tong, meanwhile, has used his MP allowance on only MP-related purposes, such as grassroots dinners and charitable donations, since being elected in 2011.

Others, such as MacPherson MP Tin Pei Ling, also spend most of their MP allowance on donations and grassroots activities as well as setting up social projects in their constituencies.