SINGAPORE - The judge who sentenced an NUS student to probation on a molestation charge has made clear that probation should not be seen as a "soft option".

"During the period of 21 months, he would have to perform 150 hours of community service, be subjected to a time curfew and attend offence-specific treatment programmes which will address any risk of reoffending and enable him to be a useful member of society," said District Judge Jasvender Kaur in judgment grounds issued earlier this month.

In September this year, Terence Siow was sentenced to 21 months of supervised probation after pleading guilty to one charge of outraging the modesty of a 28-year-old woman. Two similar charges were taken into consideration.

Siow, a National University of Singapore (NUS) student who was 22 at the time of the offence, admitted to touching the buttocks of the woman while travelling up the escalator of Serangoon MRT Station towards the control station exit at about 11.40pm on Sept 12, 2018.

He also admitted to two other charges related to touching the side of the victim's right with the back of his left hand. Both charges were taken into consideration for sentencing.

"In my view, (probation) will be in the best interests of not only the accused but of society," said Judge Kaur.

Prosecutors, who are appealing against the sentence, had sought a six-week jail term, arguing that outrage of modesty offences were very serious, particularly when committed on public transport.

The prosecution, represented by DPPs Deborah Lee and Benedict  Chan, said that Siow was an adult offender, adding that probation for such an offender is an exception and not the norm.

Read Also
NUS student’s molest victim: I had no idea he wrote an apology 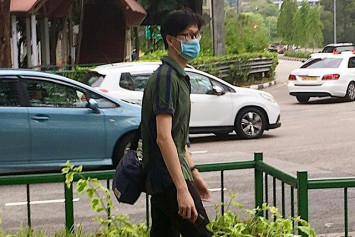 They further added that Siow had not shown an extremely strong propensity for reform because his past successes of touching females on public transport emboldened him to repeat his behaviour.

They referred to Siow's admission to the probation officer that he touched other females while taking public transportation since he started his university education in August 2016.

This reflected a recurring and possibly deep-seated habit for which he had not sought help and did so only after he was referred to counselling by the university's board of discipline, the prosecutors said.

Siow's lawyer Raphael Louis, in urging probation, stressed that his client cooperated during investigations and had pleaded guilty, among other things. The honours degree student was the only child of humble family background, the lawyer added.

In assessing the seriousness of the offence, District Judge Kaur said she found that the degree of sexual exploitation was low.

"Whilst such an offence naturally causes distress and anxiety to women, there was no victim statement tendered and the statement of facts also does not state that the victim suffered from psychological trauma as a consequence of the incident. There was therefore no 'severe harm'," said the judge.

She noted that both the defence and prosecution agreed that the case fell within the band of punishment where the offender may be dealt with by a fine or up to five months' jail. 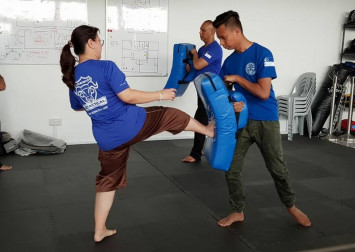 "Based on the venue and that there were three offences against the victim, I agreed that the custodial threshold was crossed," the judge said.

But she added that she found the offences fell within the lower end of a band in a given framework from a 2018 case that would draw a jail term of two weeks at the most.

The judge noted that the prosecution had relied on Siow's frank admission to the probation officer that he had previously touched other females in crowded buses or trains but managed to escape detection.

District Judge Kaur clarified that the accused can only be sentenced for the offence which he has pleaded guilty to and consented to be taken into consideration, based on established principles of law.

"In my judgment, an offender cannot be punished for conduct which has not formed the subject of the charges brought against him; he can only be sentenced for offences of which he has been convicted, either by trial or a plea of guilt, and in doing so, regard may properly be had only to any other charges which the accused has consented to being taken into consideration for the purpose of sentencing."

The judge added that Siow's admission of his past misdeeds could only be used to negate the mitigating weight that this was his first or only offence. They could not be treated as an aggravating factor.

District Judge Kaur also noted that DPP Lee, to her credit, had frankly disclosed that the victim was uncertain if the two offences taken into consideration were accidental or otherwise.

Read Also
Meme roundup: All the dank parodies about the NUS molester who escaped jail time 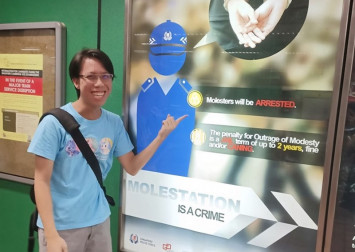 The judge accepted deterrence was "ordinarily the dominant sentencing consideration for offences of outrage of modesty committed on public transport", but, while the offence was serious, the nature of the intrusions were relatively minor.

"Accordingly, I determined that rehabilitation should be given prominence notwithstanding any countervailing need for deterrence," said Judge Kaur.

She added: "The probation officer recommended that the during the 21-month probation, the accused be referred to an offence-specific treatment programme to address his distorted cognitions about social boundaries and to teach appropriate social skills and age-appropriate sexual practices. I agreed with this recommendation as the accused is clearly not mature to handle his sexuality."

Judge Kaur said his good academic performance which highlighted his "potential to excel in life" and several other strengths and protective factors as listed in the report showed the "strong potential for reform" and backed the recommendation for probation.

Among other things, the University Counselling Services' report said Siow expressed remorse and regret for his actions and showed a willingness to work on treatment issues.

The judge's decision in the case prompted many to question the adequacy of the sentence and the relevance of academic results in the sentencing.

Law Minister K. Shanmugam also weighed in on the topic, taking to social media to express his surprise at the sentence, while calling for netizens to avoid casting aspersions on the judge.

As part of the probation conditions,  Siow's parents had to provide a bond of $5,000 to ensure his good behaviour during probation. The probation officer was required to submit a progress update in four months.

The probation commencement has been stayed pending the prosecution's appeal.