Rayson Chee Rui Sheng has to remain indoors from 10pm to 6am every day.

A Republic Polytechnic (RP) student who recorded upskirt videos of multiple women at different places, including his own school, was sentenced on Tuesday (June 2) to 18 months' probation.

As part of his sentence, Rayson Chee Rui Sheng has to remain indoors from 10pm to 6am every day and perform 100 hours of community service.

His parents were also bonded for $5,000 to ensure his good behaviour.

A district court heard on Tuesday that the 20-year-old is suspended from school but hopes to return to continue his studies.

Chee pleaded guilty in March to three counts of insulting a woman's modesty.

Four other charges involving similar offences were taken into consideration during sentencing.

The offences came to light on Nov 19, 2018 when he recorded an upskirt video of a 21-year-old woman while in school. 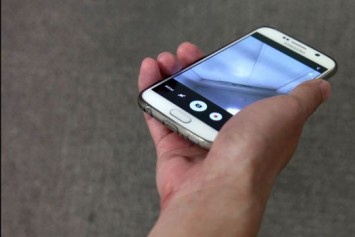 The polytechnic's discipline master notified the police about Chee's behaviour three hours after the incident.

It emerged that he had also targeted an unidentified woman at Bukit Batok MRT station at around 8.30am on July 31, 2018.

And about a month later, he committed a similar offence while in a bookshop at West Mall shopping centre in Bukit Batok against an unsuspecting victim who was wearing her school uniform.

The polytechnic said in a previous statement that Chee had received mandatory counselling.

"RP takes a strong view against sexual misconduct on campus, and we will not hesitate to take disciplinary action against any student found guilty of misconduct.

"As the offence was committed on campus, we have embarked on internal disciplinary proceedings."

For each count of insulting a woman's modesty, an offender can be jailed for up to a year and fined.