SINGAPORE - The Progress Singapore Party (PSP) on Friday (May 1) expelled a member who made a video in the style of hacktivist group Anonymous in which he claims the party has been infiltrated and funded by foreign sources.

The video was made by Mr Daniel Teo, 36, who joined PSP last September.

He admitted this to PSP secretary-general Tan Cheng Bock.

The individuals were all named.

A voice-over was used in the clip, which features a masked individual, often seen in videos by Anonymous.

The Straits Times understands that police reports have been made by some of those named, including Mr Raymond and PSP member Ravi Philemon.

"I know the person who made the video and intend to pursue this matter legally to the fullest extent of the law to clear my name. I also urge the authorities to bring the persons who propagated these lies and the platforms which published these falsehoods to face justice," he wrote.

Mr Raymond's lawyer, Mr Eugene Thuraisingam, also said that the allegations made in the video are completely false, with no basis. A letter of demand was served on Mr Teo at 5.45pm on Saturday on behalf of Mr Raymond.

He added that Mr Raymond has already filed a police report and informed the Elections Department.

A PSP spokesman on Saturday said the party was informed by Mr Teo of his involvement in the production of an anonymous video.

"Upon the completion of internal investigations, the Progress Singapore Party has decided on the expulsion of this member.

"As some of the people being named in the video have also made reports to the Singapore Police Force, we are unable to comment any further on the matter until investigations are completed."

In a message to members on Friday seen by The Straits Times, Dr Tan said Mr Teo had confessed to him.

He added that the offence is a "very serious breach of party discipline and potential breach of the law".

"Although Daniel has offered to resign from the party, the CEC (Central Executive Committee) has decided unanimously to expel him with immediate effect," said Dr Tan, adding that the party took decisive action to pre-empt any rumour or speculation that may hurt its reputation.

"PSP is a transparent organisation. While we value our members and their contributions, we also expect our members to safeguard the interests of the party.

"Any action that hurts the party's credibility cannot and will not be tolerated," added Dr Tan in his message. 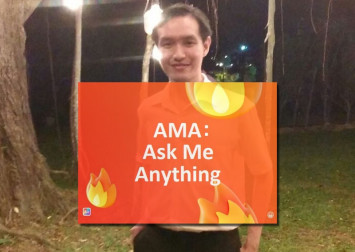 Mr Teo, who works in a marine infrastructure firm, was last seen in March this year during a PSP door-to-door visit in Choa Chu Kang GRC, which was led by CEC member Francis Yuen.

Mr Teo told ST he made the video after receiving information from a third party, which he declined to name.

He said the person, who is an acquaintance, had reached out to him with the information in February this year. Mr Teo made and released the video in mid-April.

He added that he sent the video to only one person for fact-checking but it was leaked and circulated.

"I was very upset about this kind of scrutiny from within the party, and I wanted to make sure these allegations were cleared once and for all. If there's no proof, then we could all move on," he said.

"I had good intentions. I accept that I got expelled and am not unhappy. I can understand why the CEC took that decision."

This is the second time in as many months in which a PSP member has been expelled amid a police investigation.

In late March, technology consultant Jan Chan, 30, was expelled after he revealed to ST he was behind an offensive Facebook post involving an image of the Bible and the Quran - holy texts in Christianity and Islam respectively.