Wong Zhun Siong was convicted of raping a drunk 18-year-old woman after approaching her in Clarke Quay last year.

SINGAPORE - A 27-year-old convicted rapist was found dead at the foot of a 40-storey block of flats at about 7am on Thursday (Feb 3), more than two hours before he was due to be sentenced in the High Court.

When Wong Zhun Siong failed to show up for the scheduled hearing, his father, who had put up bail of $80,000 for him, told the court that his son was uncontactable.

Wong's father said his son could not be found at home when he woke up at about 8.30am and that his son's phone line has been "cut off".

His lawyer, Mr Gregory Fong, said his client had texted him at about 3am and there was no indication he would not be turning up in court.

In response to queries from The Straits Times, the police said they were alerted to a case of unnatural death at 6.55am on Thursday at Block 18D Holland Drive.

A man was found motionless at the location and pronounced dead at the scene by a Singapore Civil Defence Force paramedic, said the police.

Wong was convicted last year of raping an 18-year-old woman who was drunk when he took her back to his home after approaching her in Clarke Quay.

In March 2019, the victim, her boyfriend and their colleagues had gone to F Club in Clarke Quay.

After the couple left the club, the boyfriend's Grab ride arrived first.

Wong, who was with a friend, spotted her standing alone. After the friend failed to chat her up, the two men went off to have a bite.

When they returned, Wong approached her and took her to a Starbucks outlet before taking her home in a taxi.

Surveillance footage shows her vomiting and staggering at times.

The woman found herself almost naked when she woke up. She borrowed $14 from Wong to take a taxi home and made a police report later that day.

Wong was arrested at about 8.45pm that day at the Tuas Checkpoint.

In the course of investigations, the police discovered Wong's encounter with another victim, a 27-year-old woman.

In April 2018, Wong met her at the Zouk nightclub before taking her to a handicap toilet, where he partially pulled down her pants and took photographs.

Read Also
Man charged with rape and attempted rape of 2 drunk women, among other charges 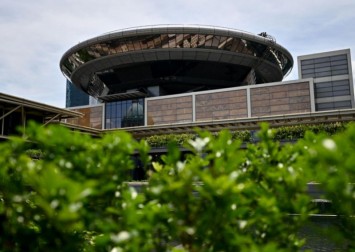 He was originally charged with attempted rape, but the High Court found that his acts were not sufficient to establish the charge and acquitted him.

In December last year, Wong was convicted of molesting the 27-year-old woman instead.

For rape, he would have faced up to 20 years' jail and a fine or caning.

For molestation, he would have faced up to two years' jail, a fine, caning, or any combination of these punishments.

On Thursday, Wong, who was on bail, was due to be sentenced for both charges.

After being told by Wong's lawyer and father that he could not be contacted, Justice Mavis Chionh issued a warrant for Wong's arrest.

The judge told Wong's father that if he was able to contact Wong, he must tell his son to surrender himself to the police immediately.

The judge also fixed a hearing on Feb 14 for Wong's father to explain why the bail money should not be forfeited.