Recovered Covid-19 patients may be at risk of blood clots, study finds

SINGAPORE - People who have recovered from Covid-19, regardless of the severity of their disease, may be at risk of developing blood clots due to an overactive immune system, according to a study by local scientists.

Blood clots in major arteries, especially those which are linked to vital organs, can increase a person's risk of heart attack, stroke or organ failure.

Blood samples from 30 patients who had recovered from mild, moderate and severe Covid-19 were collected a month after they had been discharged from the hospital.

All of them were found to have blood vessel damage, possibly arising from a lingering immune response, which could trigger the formation of blood clots.

Around half of the patients had pre-existing cardiovascular risks, such as diabetes and hypertension, which put them at higher risk of blood clotting, said Assistant Professor Christine Cheung from Nanyang Technological University's Lee Kong Chian School of Medicine on Tuesday (April 13).

Speaking at a virtual media briefing, she noted that these patients also had more pronounced blood vessel dysfunction compared with the group who had no cardiovascular risks.

The team, led by Prof Cheung, comprised researchers from the Lee Kong Chian School of Medicine, the Agency for Science, Technology and Research's (A*Star) Singapore Immunology Network (SIgN) and the National Centre of Infectious Diseases (NCID).

Their study was published in the scientific journal eLife on March 23. 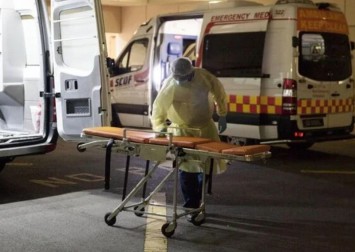 Prof Cheung's colleague, research assistant Florence Chioh, who is the first author of the study, said that the Sars-CoV-2 virus may attack the linings of blood vessels, causing inflammation and damage. This could result in leakage from these damaged vessels, triggering the formation of blood clots, she added.

However, the researchers discovered that even after patients had recovered from Covid-19, they continued to have high levels of an inflammatory protein known as cytokines - which are produced by immune cells to activate an immune response against pathogens - even in the absence of the virus.

An unusually high number of immune cells, known as T-cells, were also present in the blood of recovered patients, thus suggesting that their immune response remains activated even after the virus is gone.

Patients who have recovered from Covid-19 often have virus-specific T-cells in their bloodstream, which give them some level of protection against the virus.

However, the heightened immune response could trigger the cytokines to attack the blood vessels, increasing the risk of blood clot formation.

The team found that recovered patients had twice the normal number of circulating endothelial cells, which are shed from damaged blood vessel walls.

They are now looking to include more patients in the study, by recruiting those who have recovered for at least six months from their initial infection. This will help the team to better understand the long-haul effects of Covid-19.

In another study led by Dr Eugene Fan, a consultant at the Tan Tock Seng Hospital's Department of Haematology, it was found that four patients who had recovered from asymptomatic Covid-19 infection had suffered from arterial thrombosis or blood clotting in the arteries weeks after their recovery.

The four patients, who are young migrant workers, were diagnosed with Covid-19 from April to July last year, and were found to have severe blood clots several weeks later.

Two of them suffered a stroke, one had a heart attack, and the other suffered acute limb ischaemia, which refers to a significant decrease in blood flow to the limb.

One of the four patients had diabetes, while the other three did not have any cardiovascular risk factors, which would predispose them to greater risks of blood clotting.

The study findings were published in the Journal Of Thrombosis And Thrombolysis in November last year.

Dr Fan said: "This could be a result of several mechanisms, one of which is increased platelet activation, where blood platelets are more sticky post-infection, and can lead to blood clot formation. Another is the chronic inflammation of the blood vessel lining - known as endotheliitis."

He noted that the current guidelines by NCID recommend the use of anti-coagulants in severe or critically ill Covid-19 patients, or those with a higher risk of developing thrombosis.