SINGAPORE - Singapore's voter rolls are being updated and will be open for public inspection later this month, said the Elections Department (ELD) on Friday (Feb 1).

Separately, the electoral division of East Coast has been altered to include the island of Pedra Branca, said a notice in the electronic Government Gazette.

In its statement, the ELD said the lists of Singaporeans eligible to vote at the next general election will be open for public inspection for two weeks towards the end of this month.

At that time, it will provide information on how Singaporeans can check the registers of electors.

The Parliamentary Elections Act requires the registers to be revised not later than three years after every general election. It also provides for the Prime Minister to call for revisions from time to time. 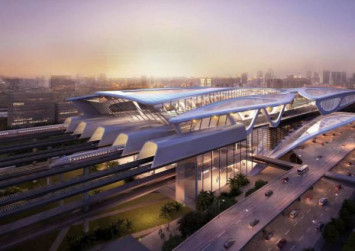 The last general election took place in September 2015, while the next must be held by April 2021.

The registers of electors were last updated in June 2017, in preparation for the presidential election in September that year.

Any person who meets the following qualifying criteria as of Feb 1 will have his or her name included in the register of electors for an electoral division:

- is a Singapore citizen

- is not disqualified from being an elector under any current law

- has a Singapore residential address on his or her NRIC; or for those residing overseas, a local contact address registered with the Immigration and Checkpoints Authority for voting purposes.

The present Elections Department office, housed in a three-storey building, has been the hub of administrative matters related to elections for nearly 25 years, with the most recent being the 2017 presidential election. 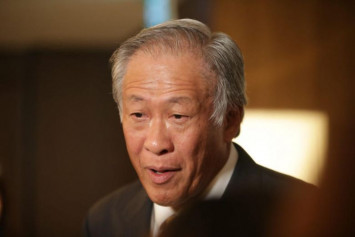 The notice to include Pedra Branca comes after Malaysia in May 2018 withdrew an application to revise a 2008 judgment by the International Court of Justice (ICJ) that awarded sovereignty of Pedra Branca to Singapore.

Offshore islands that are part of Singapore territory such as Sultan Shoal and Kusu Island are included in the electoral map.

The withdrawal by Malaysia meant that it could no longer challenge Singapore's sovereignty of Pedra Branca, as the 10-year window provided for in the ICJ's Statute for an application for revision to be made had lapsed.

The small island of Pedra Branca - also known as Pulau Batu Puteh - houses the Horsburgh Lighthouse, and is located about 40km east of Singapore's main island.