The Wednesday (Nov 7) article was carried on the website of The Coverage, which describes itself as a “social news network based in Malaysia”. The source for the article was listed as “Straights Review” and was linked to a similar article on the States Times Review website.

In response to queries from the Malaysian media, Singapore’s High Commission in Malaysia referred to the article titled “Breaking News: Singapore Lee Hsien Loong becomes 1MDB’s key investigation target – Najib signed several unfair agreements with Hsien Loong in exchange for money laundering” and said: “The High Commission of the Republic of Singapore in Malaysia would like to categorically state that this article is fake news and clearly libellous.”

Read Also
Najib: I am not a thief, robber or villain 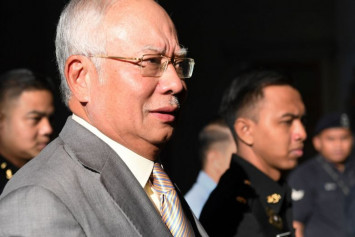 Najib Razak, the former prime minister of Malaysia, is facing corruption charges over the misuse of funds from 1MDB, the state investment vehicle founded in 2009.