Ole, ole! The FIFA World Cup 2018 – only the world’s most anticipated soccer tournament ever – is just about a week away, so if you haven’t settled your plans to catch the Russia vs Saudi Arabia opening match on 14 June, you better hurry up.

The free-to-watch venues will undoubtedly be swarmed with people, and while you shouldn’t expect these restaurants and bars to be empty, I expect them to be much less crowded.

If you go early and manage to get a seat, you’ll probably be quite comfortable. We’ve arranged this list according to price range. 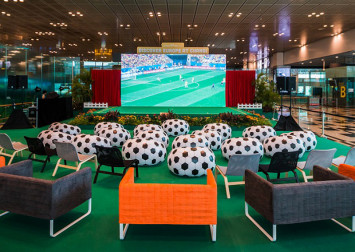 Some people will tell you to just buy a drink and glue your butt to the seat, and while that’s technically not wrong, bear in mind that these businesses paid quite a hefty sum to bring the live matches to you.

According to The Straits Times, they would have paid at least $2,876.16 (early bird) for standard screens. If they have the huge screens (over 50 inches), it’s $5,016.16 and up. So if you want them to bring it back for the next world cup, just buy some food also lah.

So there you have it. Have fun this FIFA World Cup 2018 season!