SIA staff retrenched to receive 1 month's pay for every year of service, capped at 25 months

Each affected employee will also be paid in lieu of the notice period in their employment contract. This can be up to three months' salary.

SINGAPORE - Retrenched Singapore Airlines (SIA) staff will receive one month of pay for every year of service, capped at 25 months, The Straits Times has learnt. This is provided they have been in service for two years or more.

Each affected employee will also be paid in lieu of the notice period in their employment contract. This can be up to three months' salary.

The benefits are in accordance with the group's collective agreements with its unions.

On Thursday (Sept 10), SIA announced that it would slash about 20 per cent or 4,300 positions, amid the Covid-19 pandemic that has paralysed the air travel sector.

About 2,400 staff will be retrenched, while the remaining 1,900 roles will be accounted for through natural attrition, a recruitment freeze and voluntary-departure schemes.

Asked about retrenchment benefits, SIA's spokesman said: "Discussions have begun with our Singapore-based unions. SIA is working closely with them to finalise the arrangements for those who are affected so as to minimise the stress and anxiety on our people." 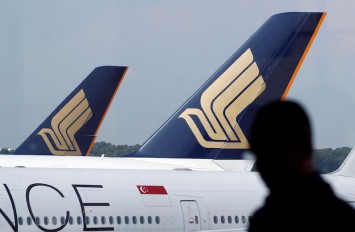 For foreign staff affected, arrangements will be made and sufficient time given for those who are currently overseas to return to Singapore to settle their affairs here.

He said: "Our colleagues who are still in Singapore will also be given sufficient time to settle their personal affairs before returning to their home countries."

Said its spokesman: "Scoot will notify our affected employees and provide them with more information on the arrangements progressively from today across the next few days."

Affected employees will receive compensation on terms that have been negotiated and agreed with the union in the collective agreement, she said.

Among other things, affected staff will continue to be covered for hospitalisation and surgical expenses till March 31, 2021, and where required, given repatriation support.

She said: "We are committed to ensuring they are provided with appropriate support and resources, and have arranged for professional counsellors and a repatriation and re-location consultant to be present at the exercise.

"Scoot also arranged for transport home for the affected staff by taxi or private hire vehicle services after the exercise, and plans to publish an alumni talent directory to connect departing employees with potential employers."

As for the parent national carrier, the exercise will start on Monday.

Affected staff have started to receive e-mails informing them of allocated dates for briefings, which will be conducted either physically at the SIA Training Centre or over the phone if the staff is currently overseas.

The Straits Times also understands that the Air Line Pilots Association - Singapore has requested for a meeting with the Ministry of Manpower next week, although it is not clear what will be discussed.

The National Trades Union Congress (NTUC) said it could not respond to queries on the number of union members affected and the retrenchment packages its unions are seeking, citing sensitivities.

A spokesman would only say that those affected include members of the Scoot Staff Union and Singapore Airlines Staff Union, both of which are NTUC-affiliated.