Robinsons to make comeback as online mall on June 24

After exiting Singapore earlier this year, the iconic mall will return as an online department store.

SINGAPORE - After exiting Singapore in January, 163-year-old retailer Robinsons will make a comeback as an online department store.

In a statement on Thursday (June 10), the iconic mall announced that it was acquired by wholesale supplier Canningvale Australia this month.

With its head office based in Singapore, the business will be led by Mr Jordan Prainito, the former managing director of Canningvale Australia.

He said: "I'm excited to be relaunching such an iconic brand. The brand has a rich history, and it strongly resonates with Singaporean and South-east Asian customers. It just needs to be catapulted into the 21st century."

The online department store will feature more than 200 brands and collaborations that will debut exclusively on the new platform.

On the digitalisation, Mr Prainito said: "We'll apply the learnings from Canningvale's digital transformation, where we saw e-commerce sales increased tenfold in under five years. 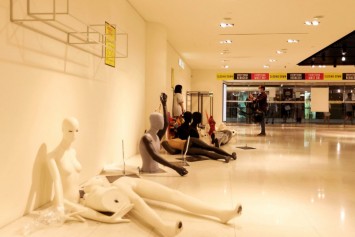 "This was achieved through a combination of sourcing expertise, range clarification, system automation, marketing expertise, and a forensic focus on our customers."

Founded in 1858 by Philip Orbinson and James Gaborian Spicer, Robinsons began as a "family warehouse" selling items such as food and women's hats.

Despite being hit twice by Japanese bombs during World War II in 1941 and gutted by a massive fire in 1972, the mall survived as an iconic shopping destination in Singapore.

However, years of declining sales sent the department store into voluntary liquidation last year on Oct 30.

The new mall, Robinsons Online, will be accessible at this link.