SINGAPORE - The Singapore Armed Forces (SAF) will be lowering its training tempo across all services, with an aim of giving commanders and troops the time and space to review its systems and process so as to focus on safety.

Chief of Defence Force Melvyn Ong revealed this move at a media briefing on Thursday (Jan 24) as part of measures being taken in the aftermath of Singapore actor Aloysius Pang's death from injuries suffered during a military exercise in New Zealand.

"I've asked all services to conduct a review of their training tempo with the aim of lowering it to focus on safety, which involves the duration, intensity and frequency of training activities," said Lieutenant-General Ong, giving the assurance that the lowered training tempo would not affect SAF's operational effectiveness.

At the briefing, he and Chief of Army Goh Si Hou, as well as other senior commanders, also shared details on the circumstances leading up to death of Corporal First Class Pang, 28, who was an operationally ready serviceman.

CFC (NS) Pang was carrying out repair works inside a Singapore Self-Propelled Howitzer (SSPH) during a military exercise in New Zealand.

He died at 8.45pm on Wednesday from injuries sustained last Saturday - his lungs, heart and kidney were damaged - when a gun barrel was lowered.

He had undergone three surgeries and was put on artificial life support.

Major-General Goh said that Corporal First Class (NS) Pang was with another technician, and also a gun detachment commander inside the SSPH.

They were called in to perform diagnosis on a suspected fault in the gun. As part of the rectification process, the gun barrel had to be lowered to its standby position.

MG Goh said that when the gun barrel is lowered in the SSPH, the space in the cabin would be reduced.

A video from Mindef shows the movement of the gun barrel of the Singapore Self-Propelled Howitzer (SSPH). At a press...

"However, it is typically sufficient for artillery operators as well as our technicians to be able to operate within this cabin," he added.

"What we found is that unfortunately he was unable to get out of the way of the barrel as it was lowered. He was caught between the end of the gun barrel and the interior of the SSPH, and he suffered crush injuries as a result." 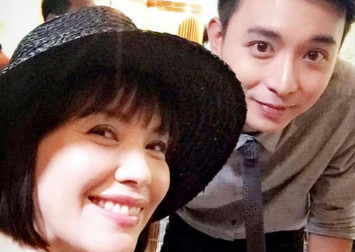 Colonel Terry Tan, Commander of Combat Service Support Command, said CFC (NS) Pang was qualified and competent to carry out his work as an armament technician.

CFC (NS) Pang was taking part in an annual live-firing exercise called Thunder Warrior. He was on reservist duty.

Col Tan said the actor had undergone refresher training when he reported for this duty in the exercise. Also, CFC (NS) Pang had undergone seven in-camp training stints previously.

In the aftermath, MG Goh said the Army has called for a safety pause to the artillery training in New Zealand and also for an immediate pause on all maintenance-related work and training, both in New Zealand as well as in Singapore.

"And this is also a good time for us to remind all our soldiers for taking care of their own personal safety, as well as that of their fellow buddies and soldiers. 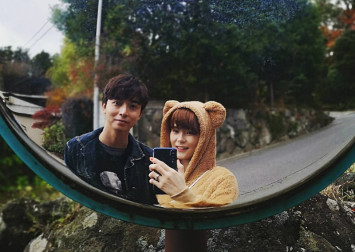 He had held a safety call on Thursday morning with 1,200 army commanders as well as trainers.

"I've told all my commanders, that this cannot be business as usual. We're very sorry for every training death that happens in the SAF. I've told them that we must do better, that we must do our utmost to restore confidence in our training safety and to ensure safety of all our soldiers," said MG Goh.

"I've told my commanders that we will review our training tempo and the training activities that we have, because we want to put a singular focus on training safety on the ground going forward.

"If this means removing training activities, reducing some of the training that we do in the meantime, we will do that in order to give time and emphasis and focus on training on the ground," said MG Goh.