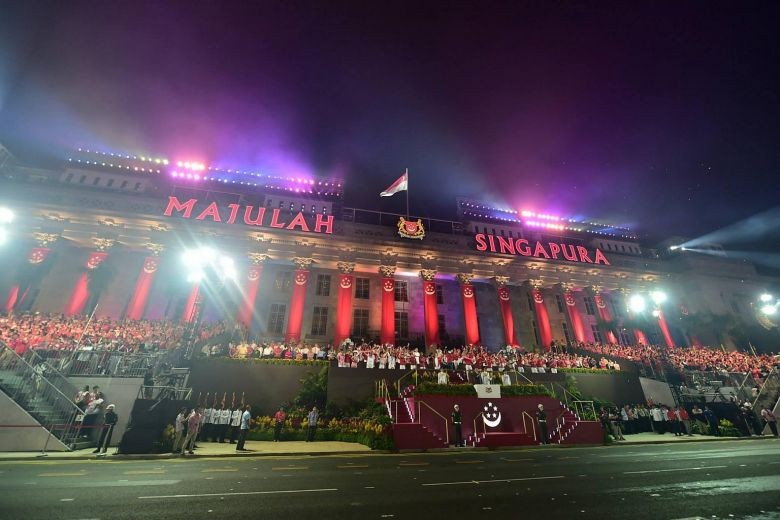 SINGAPORE - The Singapore Armed Forces (SAF) will organise National Day celebrations only on Aug 9, and foreign dignitaries can be invited to share the joy and pride but only as observers, said Defence Minister Ng Eng Hen on Thursday (Sept 6).

He said in a Facebook post: "Let there be no doubt that the SAF will organise National Day celebrations only on August 9th. And to make sure that we can do so every year as Singaporeans, and not as any other nationality."

He added: "The SAF pledge is to protect Singapore's independence and sovereignty 'with our lives'."

Dr Ng's comments came after a public discussion over historian Thum Ping Tjin's Facebook posts which suggested that Singaporeans should rejoice on the Malaysian national day, Aug 31, as it is Singapore's "unofficial independence day".

He had also expressed his "fervent wish" in an Aug 9, 2016 post that Singapore "will one day return to our rightful place alongside our brothers and sisters in Malaya".

Over the past week, Member of Parliament Seah Kian Peng and retired diplomat Bilahari Kausikan have referred to Dr Thum's Facebook posts and questioned his loyalty to Singapore.

They noted that the historian and other activists had met Malaysian Prime Minister Mahathir Mohamad on Aug 30 in Kuala Lumpur, along with former student union leader Tan Wah Piow, who fled Singapore in 1976 after failing to report for national service enlistment and was stripped of his citizenship in 1987.

After the meeting, Dr Thum said on Facebook that he had asked the Malaysian leader to "take leadership in South-east Asia for the promotion of democracy, human rights, freedom of expression and freedom of information".

Home Affairs and Law Minister K. Shanmugam has described the conduct of the Singaporeans involved in the meeting as "a bit regretful" and said that it is an absolute no-no to invite a foreign politician to intervene in Singapore's domestic politics.

Dr Thum has responded by saying that any notion that he is a traitor is "ridiculous and unfounded".

He and two other activists who were at the meeting with Dr Mahathir - freelance journalist Kirsten Han and activist Jolovan Wham - have submitted a complaint to Prime Minister Lee Hsien Loong asking him to look into the conduct of Mr Seah and Mr Shanmugam, saying that their public allegations were made without "adequate substantiation or evidence".

They said it is a "huge stretch to suggest that wishing Singaporeans a 'happy unofficial independence day' is tantamount to expressing an opinion that Singapore is a part of Malaysia today".