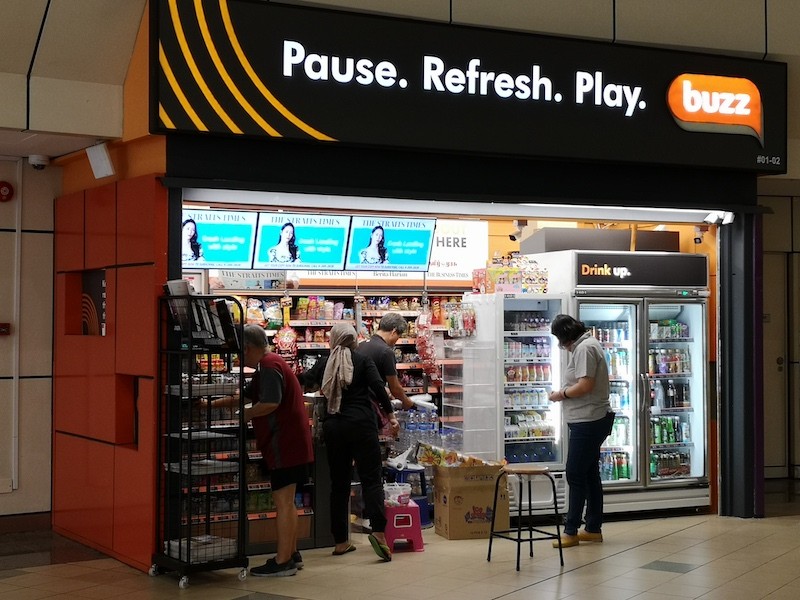 Throngs of hopefuls turned up at various Buzz convenient stores across the island on Thursday (Feb 20) after learning that they're selling surgical masks.

Ads in The New Paper, Lianhe Zaobao, and Buzz's Facebook page informed readers that selected Buzz outlets would carry boxes of surgical masks for sale at 3pm. A box of 50 was priced at $35, and each customer could only buy one box.

When it was nearly time for the sale to begin, however, many customers were greeted by hastily written signs saying that the planned sale had been halted. Several others who had been waiting in line were also turned away.

Buzz said in an update on Facebook that afternoon that it was calling off the sale of surgical masks.

The chain cited "an error in judgement" and "the sale was a misguided attempt to meet public demand for masks" as a reason for the recall. Instead, the masks would be donated to charities in need of the supplies.

Though the online notice was posted over an hour before the start of the sales, many people had already been waiting in line, some allegedly since 12pm.

A man told 8World that he was one of the few. He had gone to the outlet at Ang Mo Kio at noon only to be told that the masks were pulled from the shelves. The man then tried his luck at Toa Payoh, which had over 60 people in the queue, only to receive the same news.

He noted that many elderly had taken leave just to queue for the masks. A netizen commented that her father had applied for a half-day leave only to return empty-handed. 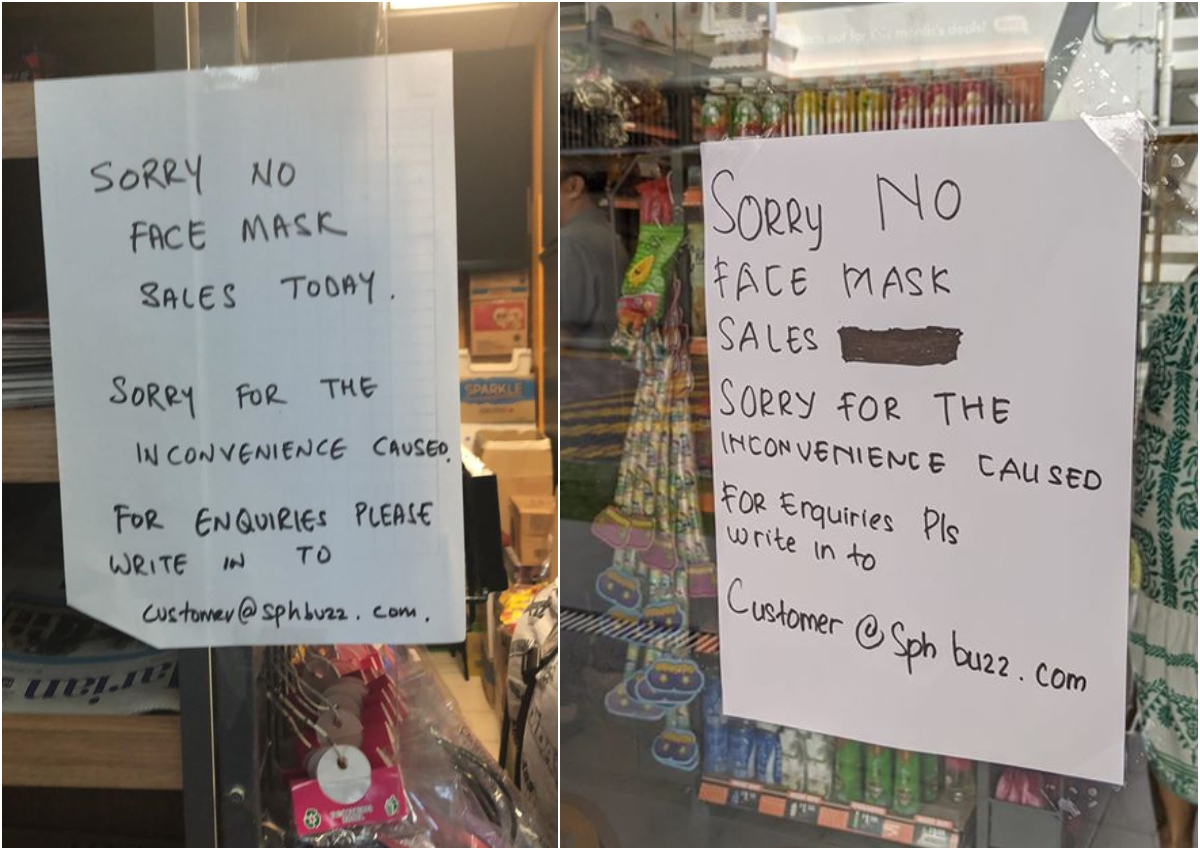 Mr Wan, a 47-year-old IT specialist told Today that he had started queueing at 12.45 pm at the Buzz outlet located at Chua Chu Kang. He said that the people in the queue were only informed that the sale of face masks had been called off after waiting for an hour.

Customers were disappointed, to say the least.

To add salt into the wound, many thought the price of the masks were too expensive.

When an 8World reporter visited the Clementi branch, there were several members of the public enquiring about the situation and complaining about the high price. 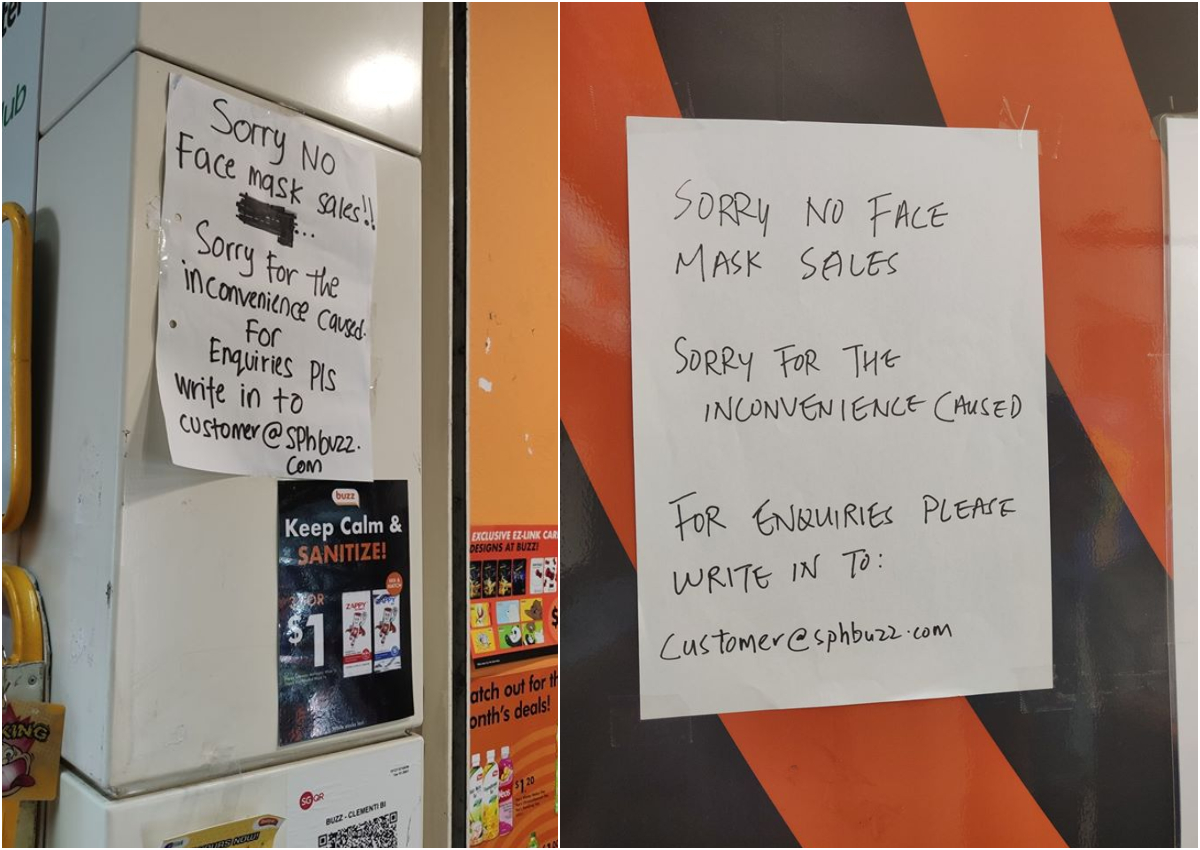 Paul Ashton, a civil engineer, told Today: "Buzz should not have tried to profit from selling these masks… It should have sold them at a regular price to support Singaporeans and visitors like myself."

In response to queries from AsiaOne, a spokesperson from SPH said: "Buzz had intended to make available to the public, a limited number of surgical masks it had in stock which was left over after fulfilling a corporate order.

"After further internal deliberation, we made the decision to call off the sale recognising that this limited quantity was unlikely to meet all the market demand."

They added: "In addition, we believe that the masks would be put to better use through donating them to charities whose beneficiaries would have more need for (them)."