SBS Transit driver hands in about $40,000 left behind in bus to police

SBS Transit bus driver Saw Cheong Seng with the money left behind in the bus he was driving on May 10, 2019.

SINGAPORE - Bus driver Saw Cheong Seng did not pay much attention to a bag that a passenger handed to him on Friday morning (May 10) while he was driving service 63.

He gave it a quick glance and saw stacks of paper inside, which the 59-year-old thought were betting slips.

But after he completed his round at the Eunos Bus Interchange, the senior bus captain was stunned to find the bag had two stacks of $100 and $50 notes, each several centimetres thick. The money in the bag added up to $39,602.10.

The passenger, who handed the bag to Mr Saw at around 8.40am at the bus stop across the street from the Outram Park MRT station, had said another passenger had left it behind. 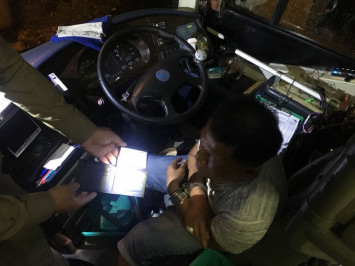 Mr Saw gave the bag with the money to the interchange manager.

The money was subsequently handed to the police, a spokesman for SBS Transit said, adding that a police report had been made.

Mr Saw, a bus driver with the company for 13 years, said he wanted to make sure every cent was returned to its rightful owner.

"I would not be able to sleep tonight if I took this sum of money that does not belong to me," he told The Straits Times in Chinese on Friday evening.

"I would feel troubled if my passengers are not able to get back their lost items, especially their money."