Scammer orders 100kg of durians for charity before going missing

Home of Durian's third charity sale, this time in support of the Kidney Dialysis Foundation, on Wednesday (July 29) would have gone on almost seamlessly had it not been for one ill-willed scammer.

A few days prior to the charity event, a customer had approached the business asking to place an order for 100kg of durians, founder Samuel Chen shared with AsiaOne.

Due to the size of his order, special arrangements were made to cater to the amount required. However, on the day of the event, the man stopped replying and went missing.

The cost of the durians, which were worth more than $2,000, was eventually absorbed by the business as they went bad soon after.

The incident left a sour taste in Chen's mouth. This was the first time the business, which started operations this year, had encountered a scammer.

In order to publicise the charity drive, Home of Durian had spread word during their usual livestreams. It was during one of these livestreams last Thursday (July 23) when the man, under the alias Huat Cai, approached the business. 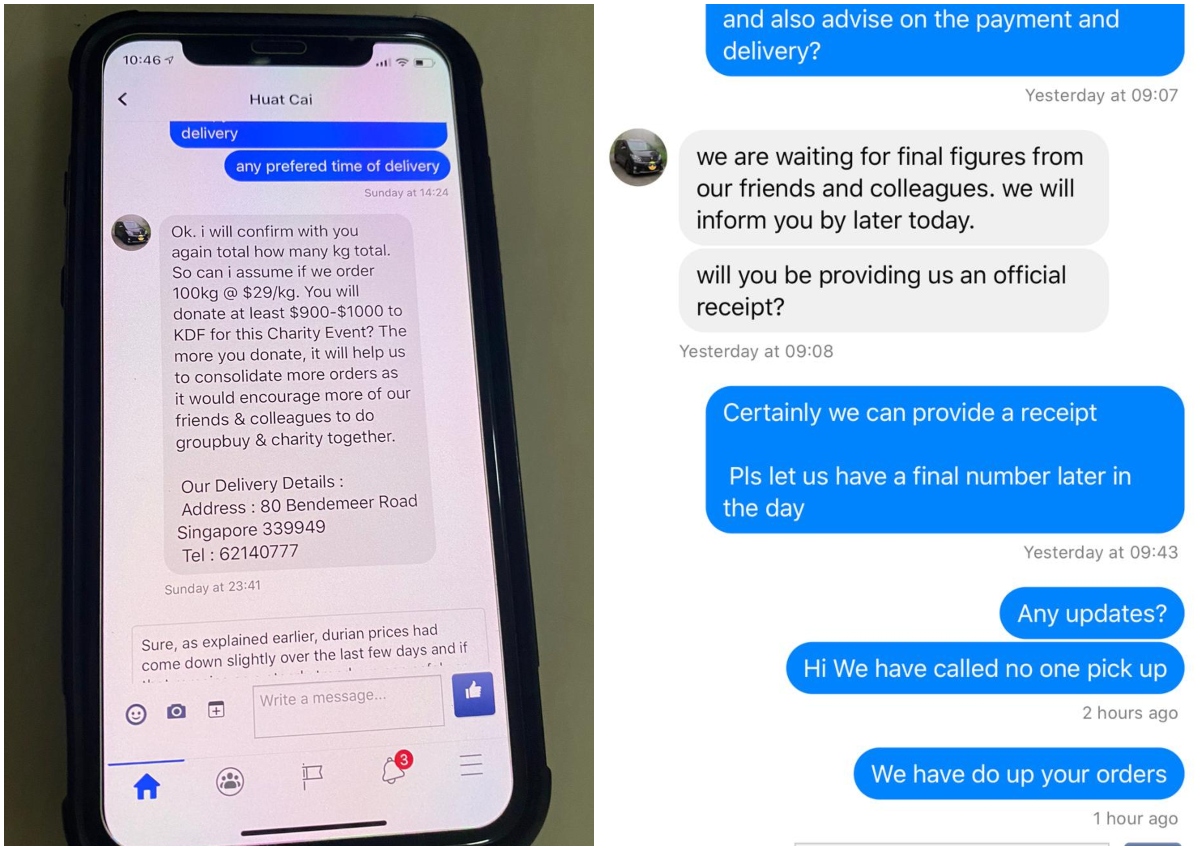 Huat Cai had seemed rather interested in supporting the drive, asking how much of the profit was going to charity.

"He came back to place an order, gave me his contact number, address and everything. Only afterwards I realised it was a scam," Chen lamented. "He was telling us 'I will consolidate with my colleagues' and such."

Read Also
They started selling durians because of Covid-19 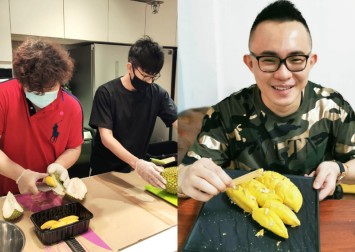 The contact details Huat Cai had left behind directed to the water treatment company Hyflux, but a spokesperson clarified they did not have such an employee.

A police report has since been lodged.

Despite the setback, Chen is undeterred.

He said: "Not gonna let ghost buyer deter us from doing charity. The main purpose is to let more underprivileged people benefit from our charity drive."

Home of Durian will be organising another charity sale on Aug 13. Just as the previous event, all of the profits will be donated to the Kidney Dialysis Foundation.

The first charity drive saw proceeds going towards the Touch Community Service, while the second was to support the Singapore Children's Society.