SCDF ragging incident: NSF almost made to enter pump well hours before he was pushed into it, says witness

SINGAPORE - Nearly four hours before he was pushed into the Tuas View Fire Station pump well, Corporal Kok Yuen Chin had come close to being subject to the kolam ritual earlier that day on May 13 last year.

The ritual involves someone getting into the fire station pump well.

However, rota commander Kenneth Chong Chee Boon had stepped in.

Giving testimony during the ongoing trial where Chong and another Singapore Civil Defence Force (SCDF) officer linked with Cpl Kok's death are contesting charges, First Warrant Officer (WO1) Mulifatullah Atan told the court on Thursday (June 20) about the kolam incident that almost happened around 5pm that day.

"After we ended football, one of my colleagues tried to 'kolam' Kok," said WO1 Mulifatullah. 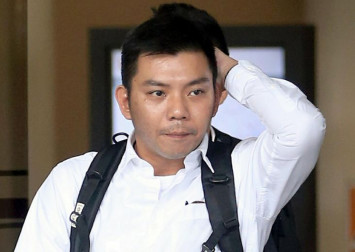 He later identified the colleague as Staff Sergeant Al-Khudaifi Chang, who had testified on Monday.

"He was holding onto Kok, and said kolam, but (Chong) came forward to them and told him to stop in a stern tone," said WO1 Mulifatullah, adding that he has always known Chong to be a "person of discipline" and they knew each other before they were posted to the fire station.

On the night of May 13 last year, Cpl Kok, 22, drowned after he was pushed into the pump well in a ragging ritual that was part of activities to mark the completion of his national service.

The ongoing trial involves Chong, 38, a lieutenant, and Nazhan Mohamed Nazi, 40, a first senior warrant officer who was deputy rota commander. The two were in charge of the station that night.

They were each charged with aiding a rash act that caused grievous hurt by illegal omission. The two had allegedly failed to prevent a group of officers from making Cpl Kok enter the pump well, thereby endangering his life.

WO1 Mulifatullah, who was posted to Tuas View Fire Station in 2014, also told the court that he witnessed at least three kolam incidents before the fatal one in May last year, where colleagues had entered the fire station's pump well by themselves or by force.

He did not mention when the three cases happened but said that Chong and Nazhan were not present when they occurred.

WO1 Mulifatullah himself had entered the pump well of another fire station as part of the kolam ritual when he was a full-time national serviceman with the SCDF, before his operationally ready date (ORD) in 2008.

"My rota mates wanted to 'kolam' me, but I went in by myself and willingly," he said, adding that he did so as he found it fun and saw it as a bonding activity.

On the evening before the fatal incident, the servicemen on duty had gathered in the fire station's control room to hold a cake-cutting ceremony for Cpl Kok.

WO1 Mulifatullah said he recalled someone mentioning the word kolam during the festivities, which he understood to mean that Cpl Kok would be taken to the pump well.

When asked why he thought that, he said: "Because he was going to ORD soon, so I thought it was their intention to bring him to the pump well." 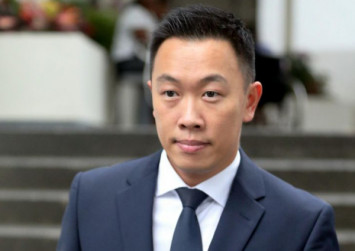 Giving his account of the night's events, WO1 Mulifatullah said he left the control room and was discussing the next day's drills with Nazhan outside.

When he returned to the room, he saw that Chong and another officer, Sergeant Mohamed Hanis Mohamed Hussain, were the only ones there.

WO1 Mulifatullah said he heard a commotion outside the room, and this was despite the doors and windows of the room being shut.

"The voices and cheering were loud enough for me to hear," he said, adding that those in the room should have been able to hear the commotion too.

In closed-circuit television footage shown in court, WO1 Mulifatullah is seen running towards the group who were carrying Cpl Kok across the yard to the pump well.

When asked why he did so, WO1 Mulifatullah said he wanted to join them and see what was happening to Cpl Kok.

The trial will continue in the afternoon where defence lawyers for Chong and Nazhan are expected to conduct their cross-examination.