SINGAPORE - A man with schizophrenia who felt that his mother was nagging him flew into a rage and attacked the elderly woman, causing her to suffer two broken ribs and bruises.

On Wednesday (March 20), a court imposed a mandatory treatment order (MTO) for one year and six months on Tan Hiang Kiam, 53, after he pleaded guilty last month to assaulting Madam Poh Swee Keow.

Offenders given an MTO have to undergo treatment for their mental condition in lieu of jail time.

The order can be revoked if they re-offend or fail to comply with the conditions of their treatment.

The court heard that Tan was using his computer in the living room of his Jalan Rajah flat near Balestier Road at around 3pm on Dec 16, 2017, when his 79-year-old mother came up to talk to him. 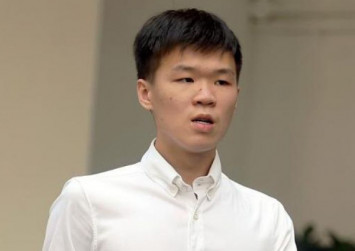 Deputy Public Prosecutor Wu Yu Jie said: "The accused felt that the victim was nagging him and told the victim to stop. However, the victim continued to talk to him.

"The accused became angry and stood up. (He) turned towards the victim and then began to hit her on various parts of her body with his fists."

She was then referred to Tan Tock Seng Hospital where she was warded overnight and discharged on Dec 19, 2017.

A medical report dated Jan 18 last year stated that she had two fractured ribs and bruises on her left arm.

For assault, Tan could have been jailed for up to two years and fined up to $5,000.