Taxi main hirers and private-hire car drivers will get a one-off relief of $150 in August to offset higher fuel costs.

SINGAPORE - For the past month or so, Grab driver Anamullah Hamidullah has had to forgo buying hot drinks when taking his breaks so he can still take home some money at the end of the day.

With fuel prices at an all-time high, the 63-year-old said he forks out about $330 for petrol every 10 days - more than double what he used to pay before prices soared.

Mr Anamullah, who uses the car for personal errands as well, was previously able to earn quite a bit from his time on the road.

But with costs rising, the private-hire car driver of four years said he has had to scrimp just to break even.

Some help is on the way in the form of a one-off $150 relief from the Government, to be paid in August. But with pump prices likely to remain elevated after rising 30 to 40 per cent in the past six months, Mr Anamullah and others in the transport sector say the incoming relief is not enough.

Announced on Tuesday (June 21), the additional $150 that will be given to taxi hirers and private-hire car drivers is part of a new $1.5 billion support package to help Singaporeans cope with inflation.

“Many self-employed persons in our transport sector have been affected by the increase in fuel price,” said Senior Minister of State for Finance and Transport Chee Hong Tat at a press conference.

In a Facebook post, Senior Minister of State for Transport Amy Khor said taxi main hirers and active private-hire car drivers who have completed an average of 200 trips per month from March 1 to May 31 will be eligible for the one-off relief.

The Land Transport Authority will work with transport operators here to disburse the relief to those eligible.

Separately, freelance combi-bus and limousine drivers, as well as delivery workers who use cars or motorcycles, will be able to apply for up to $300 in cash relief if they are members of their respective associations.

More details will be released by August.

Read Also
What you need to know about Singapore's new $1.5b support package 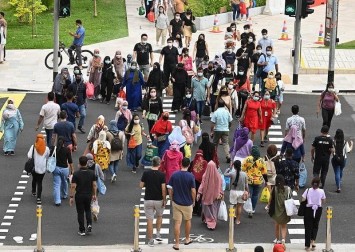 Mr Daniel Iskandar Sanusi, 21, who has been using a motorcycle to deliver food for three years, said a combination of high fuel costs and a smaller number of orders has caused his monthly income to fall from about $3,500 to about $2,800 now.

He previously needed to make deliveries only within the Tampines area but now has to go downtown to deliver food to keep his earnings up.

ComfortDelGro cabby Robert Yeo, 62, said he now pays about $10 more on petrol a day. He hopes the Government can increase the relief given to $300 so it can cover the additional amount he has had to cough up. 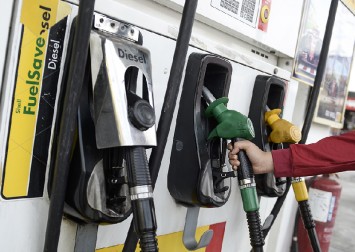 Since April, taxi and ride-hailing firms here have imposed temporary fare hikes and fees that will last until July 31.

Asked if they will extend the fare hikes and additional fees beyond July, ride-hailing giant Grab, its rival Gojek, and ComfortDelGro, Singapore’s largest taxi operator, all said that they will review the temporary measures closer to the date.

Foodpanda said it has adjusted its service fees to account for higher operating costs, and offered discounts on fuel, and on electric bicycles for those switching away from motorcycles.

“While our drivers are appreciative of the support, we look forward to the long-term recovery of the sector,” she said.

Singapore School and Private Hire Bus Owners’ Association president Phillip Peh said the new relief measures will help combi-bus drivers, but with diesel prices up 50 per cent since the Ukraine war, many private bus operators here are only breaking even and may need to dip into their reserves to survive.

Mr Peh said his association had asked the Ministry of Finance to temporarily lower excise duties for diesel but this was rejected.

“We really hope the Government can help the bus operators, not only the individual bus owners, pull through this crisis,” he added.

Deputy Prime Minister Lawrence Wong, who was at Tuesday’s press conference, had previously said that reducing or suspending petrol and diesel duties here would be counterproductive.

Asked on Tuesday how else the Republic is tackling the issue of rising petrol prices, Mr Wong said Singapore is trying to accelerate its shift towards cleaner, more energy-efficient vehicles to reduce its reliance on fuel.

For cabby Simon Ngiam, 53, his decision to switch to an electric taxi last year has been vindicated.

Clocking about 300km each day on average, he pays roughly $20 to charge his taxi daily after discounts - a third of what he estimates it would cost for petrol.