SINGAPORE - A secondary school teacher lured three male students to his home and committed sexual acts on the teenagers, even giving cash to one of them for more than a year so that he would keep mum.

When a fourth student declined to go to his home, the teacher molested him in their school in the northern part of Singapore.

The teenager made a police report and the teacher's offences were uncovered.

The 36-year-old man, who has since been diagnosed with paedophilia, was jailed for 6½ years on Monday (April 22). He pleaded guilty to five counts of performing oral sex on two minors and two counts of making one of them perform a similar act on him. 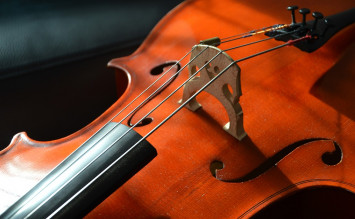 He also admitted to one count each of molestation and sexually exploiting a child. Nineteen other similar charges were considered during sentencing.

The Straits Times understands that the man is no longer a teacher. He cannot be named due to a gag order to protect the victims' identities.

The man was the first victim's teacher when the teenager was a Secondary 1 student in 2015. The court heard that the teenager was sent to detention on May 9, 2016 for circulating pornographic pictures in his class' Whatsapp group.

The man later spotted the 14-year-old boy in the detention room. Instead of advising the boy to behave himself, he asked the youngster if he wanted to watch pornography together.

Deputy Public Prosecutor Amanda Han said: "The accused asked (the boy) to go to his house and, in exchange, (the boy) asked the accused to pay him $50 so that he would not tell anyone that he had been invited to the accused's house to watch pornography together."

The man agreed and the boy went to his home the next day. The man performed oral sex on him and continued to invite him home after this encounter, the court heard.

DPP Han said: "(The boy) would ask the accused to pay him his desired sum before agreeing to show up at the flat. This sum ranged from $50 to $300 and was not fixed, although it was usually around $100... This continued for almost one and a half years.

"While (the boy) was at the flat, he would also remind the accused that he would tell a teacher about their activities if the accused did not pay (him) as agreed."

The man approached his second victim in their school in July 2016 and asked the 13-year-old boy if he wanted to accompany him home to "play games". The child agreed and followed him to his flat.

The man made the boy sit on his lap while they were playing a computer game and he thrusted his body against the boy. The latter felt uncomfortable and left.

In July 2017, the man sent a text message to his third victim and invited the 15-year-old boy to his home without telling him the reasons. The boy complied and they performed sexual acts on each other.

DPP Han said the teacher asked his fourth victim to go to his home in August 2017, but the 13-year-old boy declined and the teacher later molested him in school.

For each count of sexually penetrating a minor, the man could have been jailed for up to 10 years and fined.