To see Singapore through Covid-19, essential to have strongest team and mandate with longest runway: PM Lee

Prime Minister Lee Hsien Loong speaking to reporters at the Istana on March 27, 2020.

SINGAPORE - Singapore is facing a very big storm that will require the strongest leadership team with the strongest mandate to see it through the crisis, Prime Minister Lee Hsien Loong said on Friday (March 27).

This team will also need "the longest runway so that Singapore can have the best leadership" to overcome the coronavirus pandemic, Mr Lee told reporters at the Istana.

"That's a very desirable - in fact, essential - requirement for us to see through this together," he said.

Asked about how he will decide on when to call a general election, Mr Lee said the ideal situation is that things will settle within the next six months, and then an election can be held.

"But nobody can say - it may well get worse, and I expect it can easily get worse before it gets better," said Mr Lee.

"You have to make a judgment in this situation with an outbreak going on, with all sorts of exceptional measures implemented in Singapore, is it possible for us to conduct an election and to get this done so that we clear the decks and we can go through and deal with whatever lies ahead?"

"But short of that situation, even when you have restrictions and some safe distancing measures, life still goes on: People are working, people can travel, people can conduct the poll," he said

He noted that countries like Israel have carried out elections recently, as has the United States, where most states carried on with primary elections. 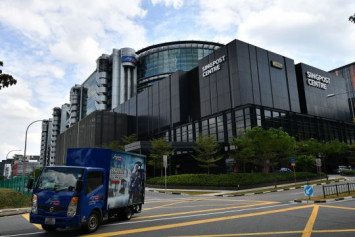 Social media and the Internet mean that while the situation might not be ideal, an election can carry on with appropriate measures in place.

"These are, to a large extent, solvable problems," he said. "You have to think of solutions for them, but it can be done, and I think that we have to weigh conducting an election under abnormal circumstances, against going into a storm with a (government) mandate which is reaching the end of its term."

Asked for his assessment of how Singapore's fourth-generation (4G) leaders have handled the crisis, Mr Lee said: "People have seen them and they have watched them respond. They have watched them answer questions, deal with emergency situations – runs on food, runs on toilet rolls, big outbreaks, bad news – I think that they have gained experience and confidence. I believe that they have also gained in trust and rapport with people. It is a formative experience for the population and the leadership."

He added that the country's pioneer generation were born in the crucible of fire.

"They came in, the world was upside down and they were part of a fight. They went fully into the fight and they brought us through that – independence, separation and forward," he said.

The Merdeka Generation lived through that, built and played a big part in bringing Singapore to where it is today, he added.

Read Also
Coronavirus: Students to do home-based learning once a week from April as schools step up safe-distancing measures 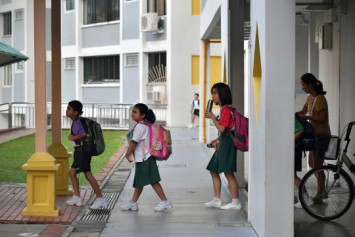 But Singapore has had stable circumstances for quite a long time, he noted.

"People worked hard and they take life seriously. At the same time, they cannot quite imagine what it is like when things are turned totally upside down – suddenly, when everything which you assumed was secure, your job, your health, your family, is at risk," he said, pointing to how the coronavirus outbreak has disrupted lives.

"We regularly tell people Singapore is fragile, what we have achieved is precious, we have to continue to work hard, it can disappear in a moment if you take your eye off the ball," he noted.

The prime minister said people listen to this, but in the back of their mind wonder if this is true or not.

"After all, the show has gone on for so many years. Maybe you can go on autopilot," he said.

"(The Covid-19 outbreak) shows everybody that it is quite serious – it is absolutely existential – life and death. It is not masak masak (Malay for children playing house).

"I think, if you come through this, you have more than one generation settled, knowing what Singapore is about."