SINGAPORE - In June 2017, Prime Minister Lee Hsien Loong released through his lawyers at Drew & Napier an edited summary of what he told the ministerial committee in his statutory declarations about founding prime minister Lee Kuan Yew's will.

In the summary, PM Lee set out the sequence of events surrounding the late Mr Lee Kuan Yew's seventh and final will.

He noted that Mr Lee Kuan Yew (LKY) had made six wills before his last will in December 2013, all six of which were prepared by lawyer Kwa Kim Li (KKL).

The first will stated that all the three children - PM Lee, Mr Lee Hsien Yang and Dr Lee Wei Ling - should get an equal share of his estate; but under the sixth will, Mr Lee Kuan Yew gave his daughter Wei Ling an extra share.

In his last will, however, Mr Lee reverted to his original decision to divide his estate equally among his children.

In his declarations, PM Lee questioned the role that Mrs Lee Suet Fern (LSF), Mr Lee Hsien Yang's lawyer wife, played in the preparation of this last will.

The AGC said Mrs Lee Suet Fern appears to have prepared the late Mr Lee's last will and arranged for him to execute it, despite the fact that her husband Lee Hsien Yang is one of the beneficiaries under that will. 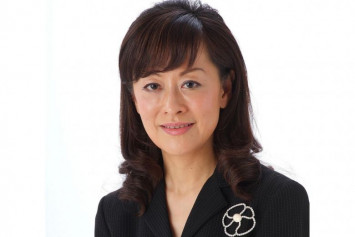 She appeared to attach a file to the e-mail and said it was the original will that ensures all three children receive equal shares. She also asked Ms Kwa to engross the will.

PM Lee then highlighted an e-mail that his brother sent on Dec 16, 2013, at 7.31pm, in which Mr Lee Hsien Yang (LHY) said he could not get in touch with Ms Kwa, and told Mr Lee Kuan Yew that it was not wise to wait for her to return to change his will.

PM Lee said that it was unclear what efforts Mr Lee Hsien Yang and his wife had made to contact Ms Kwa.

"In fact, KKL subsequently told LSF (the following afternoon, when she learnt what had happened) that she did not seem to have received LSF's e-mail," PM Lee said.

"It is also not clear why LHY thought that there was an urgency to the matter. It is, however, interesting that he suggested that his wife, clearly an interested party, and her partners would prepare the new will."

PM Lee listed subsequent e-mails to show that in the space of 41 minutes from 7.31pm to 8.12pm, Mrs Lee Suet Fern saw to the preparation of the new will and got one of her lawyers to be on standby to get it executed by Mr Lee Kuan Yew.

The next morning on Dec 17, 2013, two lawyers from Mrs Lee's law firm arrived at Mr Lee Kuan Yew's residence to procure his signature on the last will and were at the property for 15 minutes.

"They plainly came only to witness Mr Lee signing the last will and not to advise him," PM Lee said.

PM Lee said neither he nor his sister Wei Ling was copied in this e-mail correspondence on Dec 16 or 17, 2013, regarding the making and signing of their father's last will.

He became aware of these troubling circumstances only later, he said.

Two days after PM Lee put up his statutory declarations, Mr Lee Hsien Yang said that lawyers from his wife's firm did not draft the will.

"Paragraph 7 of the will was drafted at LKY's direction, and put into language by Lee Suet Fern his daughter-in-law and when he was satisfied, he asked Kim Li to insert it into his will," Mr Lee Hsien Yang said.

"On LKY's express instructions in writing, two lawyers from Stamford Law were called upon to witness his signing of the will."

Mr Lee Hsien Yang did not explain how a clause on the demolition of the house at 38 Oxley Road, drafted earlier for previous versions of the will but subsequently deleted, came to be reinstated in the final will.