Dr Jeremy Ng was passionate about his work as a surgeon and was a strong advocate for his patients.

Dr Ng was said to have died of cardiac arrest. It is understood that he collapsed after he went jogging at East Coast Park on Saturday.

He leaves behind his wife and one son.

SGH said in a Facebook post on Monday (July 6) that Dr Ng had made significant contributions to the delivery of clinical services, such as playing a key role in the development of acute care surgery.

His work "has significantly reduced morbidity, mortality and length of stay of patients who require acute surgical care," the post said.

Describing him as being happiest in the operating theatre, SGH said Dr Ng was passionate about his work as a surgeon and was a strong advocate for his patients.

"Jeremy leaves his mark as an exemplary clinician, outstanding surgeon and unassuming leader," said the hospital, adding that he always had a ready smile, a cheerful greeting and would make time for people.

"He will be remembered for his sincerity, personal warmth, humility and genuine kindness." 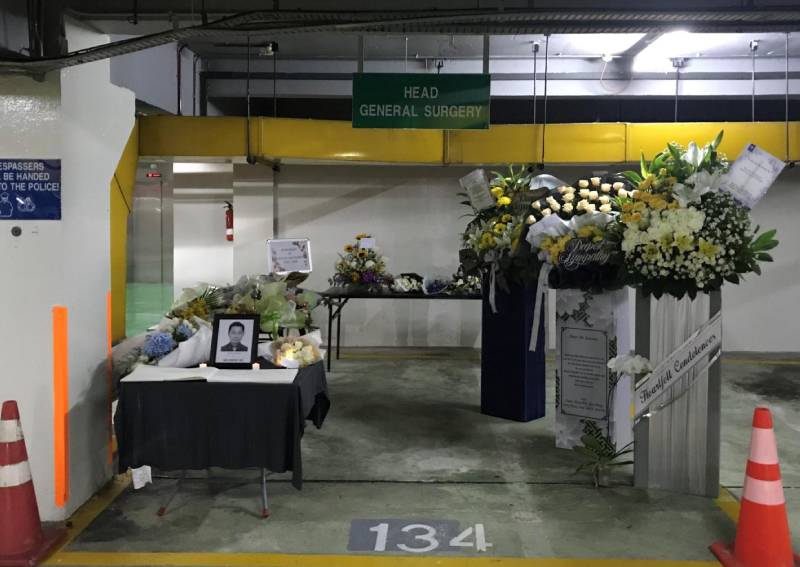 Ms Ng told The Straits Times: "I have never come across another doctor like him, who listens to the elderly and whose main priority is truly his patients."

She added that on one visit, she overheard him telling one of the nurses he had started his day earlier so he could attend to more patients.

Ms Azlina Johari, a senior staff nurse at SGH, said that Dr Ng treated everyone around him with kindness and respect.

Ms Azlina, 32, worked with Dr Ng at the hospital's endoscopy department five years ago. She would assist him with endoscopic procedures a few times every month.

She later became his patient when she was referred to him for a supraclavicular lymph node in 2018.

"Even though he had a full list of patients, he scheduled me for surgery the next day and removed the lump, which turned out to be lymphoma,"she said.

Ms Azlina said Dr Ng saved her life. If he had not decided to operate on her so quickly, her cancer cells, which had already spread to her skin and close to her heart, could have infiltrated other vital organs.

"Cancer scares are very worrying, but the way he communicated with his patients really helped them see the bright side in everything," she said.

"He had the gift of making everyone he met feel better about themselves."

Dr Ng's wake is being held at Singapore Casket's level 4 Crystal Hall. The cortege will depart at 2pm for Mandai Crematorium Hall 2 for cremation at 3pm.