Shanmugam on India decriminalising gay sex: Singapore society to decide which direction to take, laws will have to keep pace with changes 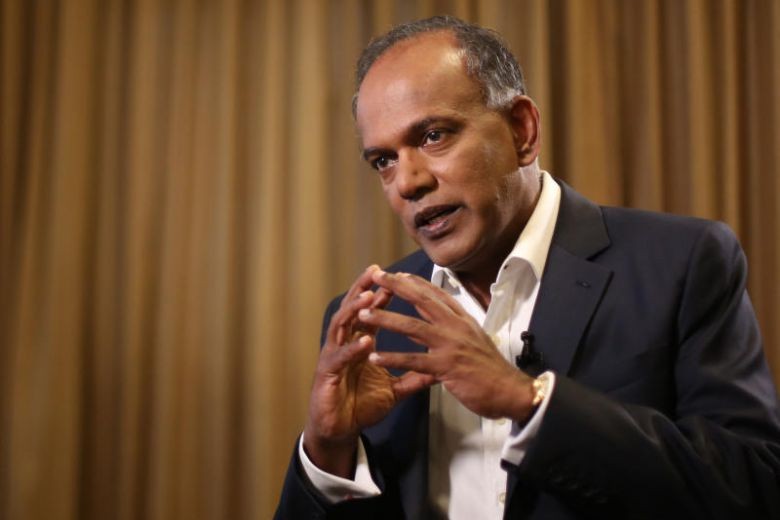 SINGAPORE - Singapore society has to decide which direction it wants to go on the issue of Section 377A, the law which criminalises sex between men, said Minister for Law and Home Affairs K. Shanmugam.

Speaking to media on Friday afternoon (Sept 7), Mr Shanmugam spoke on the ruling in India's Supreme Court on Thursday that decided that homosexuality was not a crime. It decriminalised Section 377 of the Indian Penal Code, which made consensual gay sex a crime.

When asked about the ruling, Mr Shanmugam said: "(In Singapore) if you look at this issue, it is a deeply split society. The majority are opposed to any change to section 377A, they are opposed to removing it. "

However, he said a "growing minority" want to have it repealed. "The Government is in the middle," he added.

Mr Shanmugam said that in his personal point of view, care has to be taken against criminalising lifestyles and sexual attitudes and treating people involved as criminals.

"(But) it would be wrong for me to impose my personal views on society or as a policymaker."

He added: "So really, I think society has got to decide which direction it wants to go. And the laws will have to keep pace with changes in society and how society sees these issues."

"I would encourage our gay community to bring a class action to challenge the constitutionality of Section 377A," Professor Koh wrote.

When a Facebook user reminded him that previous legal challenges in 2014 on the constitutionality of the law failed, he replied: "try again".

He made the comments in response to a Facebook post by Prof Simon Chesterman, dean of Faculty of Law at the National University of Singapore. Prof Chesterman shared a New York Times story on the ruling, congratulating a former classmate and others on the change.