'She blames anyone but herself': Woman who tortured maid to death loses appeal

SINGAPORE - Gaiyathiri Murugayan, who is serving a 30-year prison term for torturing and ultimately killing her domestic worker from Myanmar, lost her appeal for a lighter sentence on Wednesday (June 29).

The Court of Appeal dismissed Gaiyathiri's argument that her sentence was manifestly excessive and that a jail term of 12 to 15 years would be more appropriate.

Gaiyathiri, 42, argued that the High Court judge who sentenced her a year ago failed to give due weight to her feelings of repentance and remorse, her psychiatric conditions and various stressors that caused her to "snap".

She also claimed that she felt pressured to plead guilty because she thought this would hasten the sentencing process of her mother, Pema S. Naraynasamy, 63, whose charges over abusing the maid are pending in court.

These arguments cut no ice with the three-judge court, who said there was no merit in her contentions.

Justice Andrew Phang said the sentencing judge had carefully considered the severity of Gaiyathiri's conduct and the nature of her psychiatric condition in arriving at the sentence.

He added: "In fact, by relying on these 'stressors', the appellant is only seeking to justify her conduct against the victim, which goes to demonstrate her patent lack of remorse as she seeks to blame anything and anyone but herself for her offending behaviour."

Justice Phang said that Gaiyathiri was represented by lawyers and that there was no evidence to substantiate her claims of being pressured into pleading guilty.

"In our view, her claim about being 'pressured' is an afterthought concocted after receiving what she perceived to be an unfavourable sentence," he said.

The court also rejected Gaiyathiri's claim that she would suffer more than most people in prison due to her psychiatric conditions.

"Given the severity of the offences that the appellant had committed... the public interest in condemning the crime is so significant that even if there had been exceptional circumstances, the court cannot countenance any reduction of her sentence." 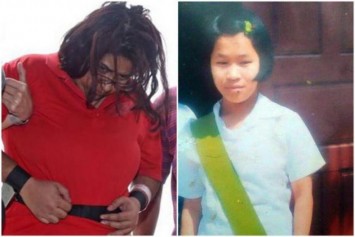 During the appeal hearing, Gaiyathiri complained that she was not properly treated in prison, but the judges told her this was a separate question that has nothing to do with her sentence.

After the court dismissed her appeal, she told the court that she cannot die in prison and said she would write to Prime Minister Lee Hsien Loong.

She pleaded guilty to 28 charges, including one of culpable homicide. Another 87 charges were taken into consideration.

In sentencing, the High Court took into account that Gaiyathiri had post-partum depression and obsessive compulsive personality disorder.

The ordeal that Ms Piang Ngaih Don suffered in the last month of her life was captured on surveillance cameras that Gaiyathiri and her then husband, Kevin Chelvam, a police officer, installed in their flat.

The maid was deprived of food and rest and was assaulted almost daily, suffering slaps, punches and kicks, and blows from hard objects.

On the night of July 25, 2016, she was assaulted for being too slow in doing laundry. Gaiyathiri continued assaulting her the next morning.

After the victim became motionless, she called for a doctor, who then called for an ambulance. The victim was pronounced dead in the flat by paramedics.

Chelvam, who was suspended from service on Aug 8, 2016, faces multiple charges in connection to the maid's abuse.