A bad confinement nanny is every new parent's nightmare. Singapore actor Joshua Ang recently shared the terrifying experience he had with his confinement nanny, which landed his 1-week-old baby in ICU with pneumonia.

"There's been something on our chest that we've been wanting to let out, but didn't have the courage to do so, until now. We've been following up on some posts on social media about the nightmares some families encountered with their confinement nannies, so Shannon and I decided that we should let the truth come to light about our nanny too.

BAD CONFINEMENT NANNY: "THIS WAS WHEN OUR NIGHTMARE BEGAN"

Joshua shares that his wife Shannon gave birth to their baby boy, Jed, on 1 August 2018, through emergency C-section. 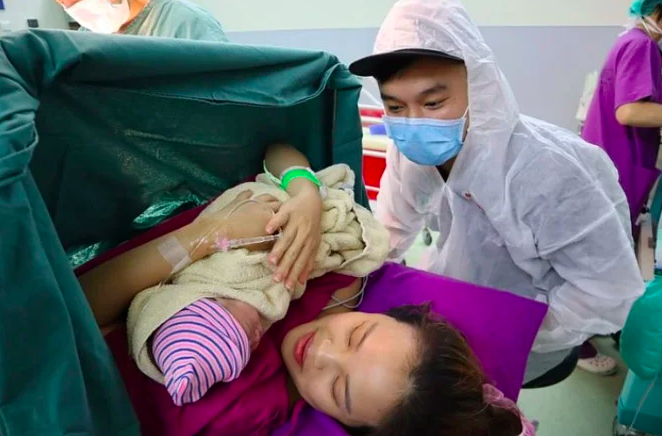 By Day 4, the joyous parents were able to bring little Jed home. 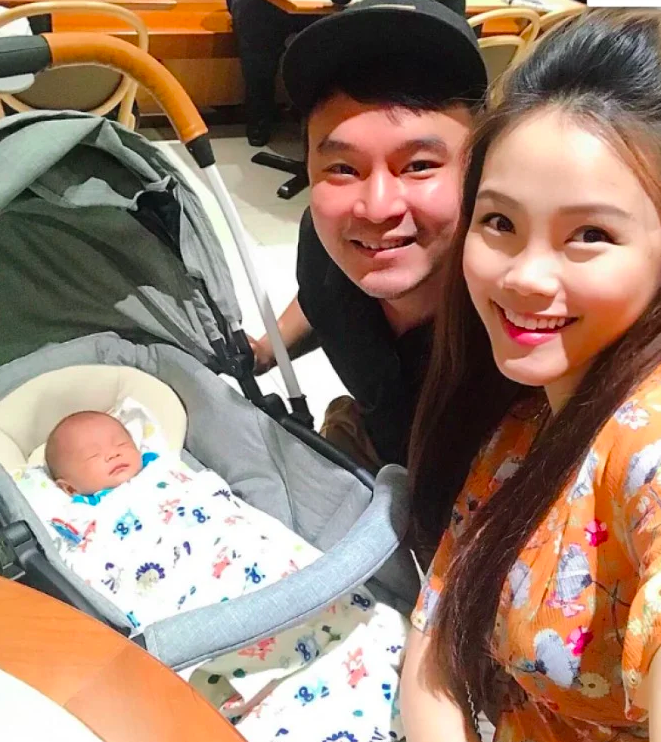 Their confinement nanny was apparently recommended to them by a friend, "who also had her baby taken care by the nanny. We were told that she had 12 years of experience as a confinement lady."

Right from the start, there were problems.

"Since day 1 of working with us, she has never followed our instructions. She would never listen to us and would always disallow us from carrying our own baby."

"She would always tell us to ignore his cries and do things her way. We wanted a milk warmer, but she didn't want to use one."

"We bought a bunch of premium milk bottles, she wanted to use a specific brand."

"She would rather prepare Jed's milk using formula milk because it was easier, instead of using Shannon's breast milk which was in abundance, and even leaving those not stored in the freezer to turn bad."

"It was tough on Shannon to keep pumping throughout the day and night, and all of her efforts went down the drain completely, just because she was lazy."

"She was really nosy as well, poking her nose into our private family matters. She also asked Shannon's mom to buy her skin care products because hers was depleting."

Joshua and Shannon though, chose to ignore the nanny's unreasonable behaviour as long as she took proper care of Shannon and Jed for 28 days.

What especially worried them was that, she always insisted on overfeeding Jed, apparently so that he would sleep longer and she could rest more.

Still, the first-time parents presumed that being well-experienced, she probably knew what she was doing. Also, their friend's baby was healthy and doing well, so they decided to trust her.

It turned out to be a huge mistake.

The real nightmare for these parents began on the night of 8 August 2018.

In the middle of the night, Jed suddenly started wheezing, and Joshua and Shannon knew that something was really wrong. Especially because he wasn't even able to cry out loud.

"We asked the nanny if he was alright, and guess what she said? She told us, word for word; He's faking it, he will be okay in a while."

"I mean c'mon, he was only freaking 8 days old. How could an 8-day-old baby be fake crying or fake squealing?" asks Joshua.

The little baby's body was also feeling unusually warm. But the nanny continued to insist that it was because their house was very ill-ventilated and warm.

The worried and frustrated parents decided to take matters into their own hands.

"I brought out the thermometer just to prove our point, and alas, just as we suspected, Jed was burning, at 38.3 degrees!" writes Joshua.

"But that wasn't the worst thing, Jed started turning purple!"

They immediately rushed Jed to Children's A&E at KK Hospital.

BABY JED GETS ADMITTED TO ICU

Knowing that something was severely wrong, Little Jed was immediately admitted to the ICU and doctors started drips and blood-tests. 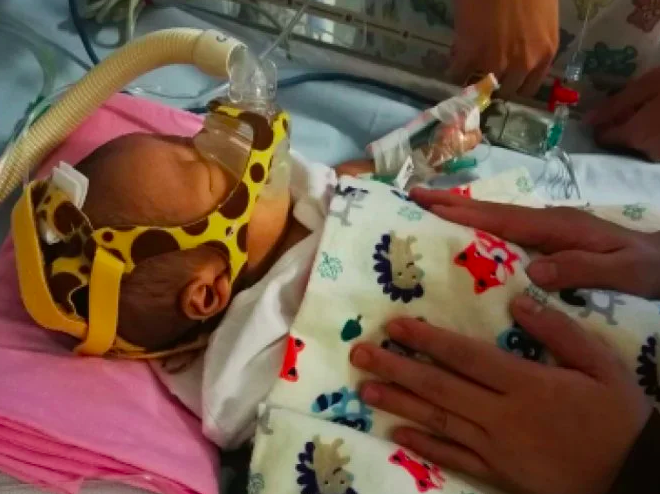 By noon of 9 Aug 2018, they gave their diagnosis - baby Jed had aspiration pneumonia, with milk in his lungs.

"And the only possible reason that it could have happened, was that he had choked on milk. And why? Cause the nanny overfed him." 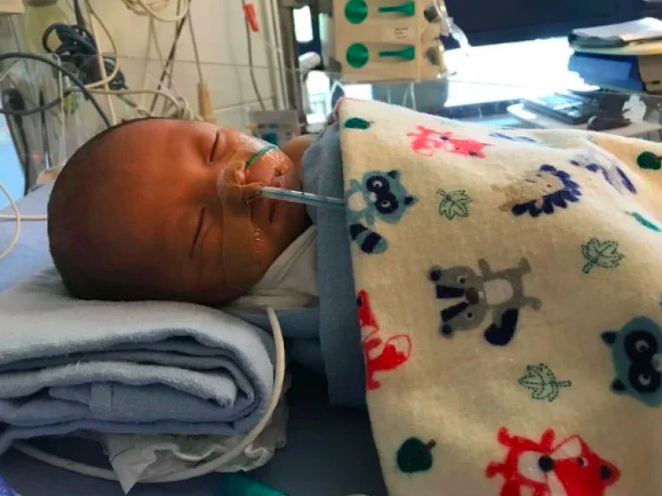 "Even the doctors were shocked by the amount he was fed and disgusted by the nanny's method of force feeding," shares Joshua.

By this time, the little baby was already on drips.

What was really worrying though was that, even by 10 August, Jed wasn't responding to the drugs.

"His fever wouldn't subside, his oxygen levels kept dropping. His right hand was so swollen from the drips, that they had no choice to start the drips on his legs instead."

"At this point, there were at least 7 or 8 drips on him. The doctors also said that they might have to drip him through the temple of his head, but we insisted them not to."

"Our hearts never felt so broken before. We couldn't bear to see him in such pain anymore and we hadn't slept a wink. There was nothing we could do but to trust the doctors and nurses. We decided to go back home to get some rest since Shannon was still on her confinement and to get to the bottom of things."

When Joshua and Shannon got home, the nanny had already packed her bags, all ready to leave.

She hadn't even bothered to prepare confinement meals/drinks for Shannon, or to wash the used bottles and pumps.

She was promptly sent back, but kept insisting that it wasn't her fault.

"Deep down, we knew something was amiss. Overfeeding couldn't possibly be the reason why Jeddy had aspiration pneumonia", writes Joshua.

"We checked the teats of the bottle, and true to our suspicions, she had cut the teat of the bottles, large enough to fit a straw through. The milk flow was way too fast for Jed. And Jed was only a WEEK old."

We can only imagine how these parents felt when they found out the real truth. Meanwhile, baby Jed's condition continued to deteriorate, and his oxygen level still kept dropping.

He couldn't even cry because there were tubes down his throat… 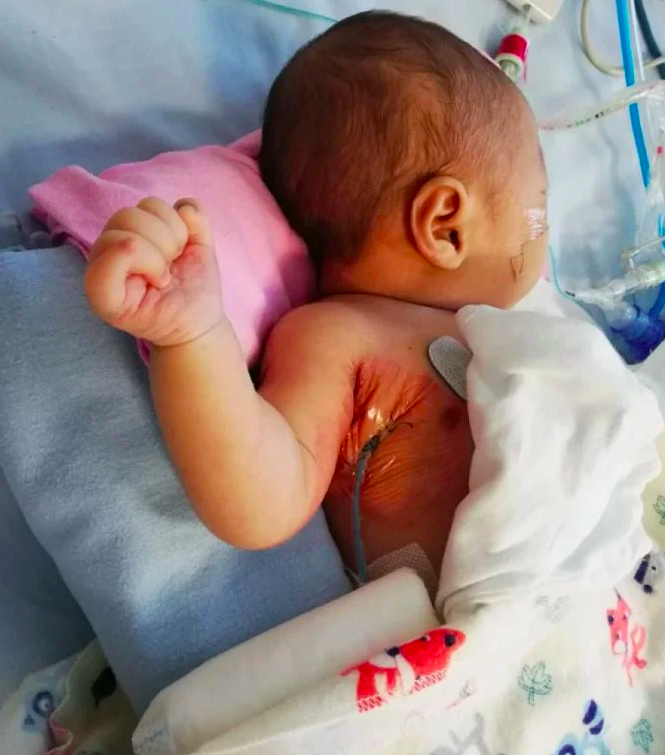 "Just as we thought it couldn't get any worse, his chest started bulging. The pneumonia had lead to pneumothorax, a hole in his lungs," writes Joshua.

Jed had lost a lot of blood from all the procedures, his blood count had plunged and he needed a blood transfusion.

"I felt like I failed him, as a father…"

By now, Joshua and Shannon had nearly given up hope. They wished they hadn't entrusted their baby to the wrong person.

"I felt like I failed him, as a father. I was angry at everything, at the doctors, the nurses, even at God. I felt that He was so unfair for Jed. It was that heartbreaking."

"Then that day, I prayed. I told God that I would submit Jedaiah to him, I would leave him to His hands. There was nothing else that we could do, but wait."

And then, a miracle happened.

By 14th August, the the hole in baby Jed's lung had healed. 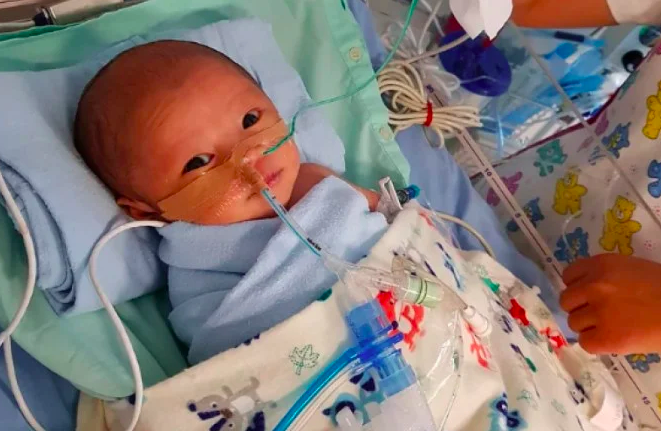 "By day 7, he was transferred into the high dependency ward. His oxygen levels were stabilising, and the air tube was finally removed. He was now able to cry, even though he's a little hoarse from the tubes."

"And in another day, he was now able to drink milk from the bottle!"

After 1 long week in hospital, the parents were finally able to hold their little one in their arms.

By 17 August, Jed was ready to be back home again!

In less than two months time, baby Jed will turn 1. After going through so much, Daddy Joshua has this to say to other parents.

"Never trust anyone with your child. And if you think your instincts are right, it probably is."

"Never be afraid to voice out and have your confinement nanny do things your way. Don't think she's good enough? Fire her. In fact, you should only hire nannies from agencies!" 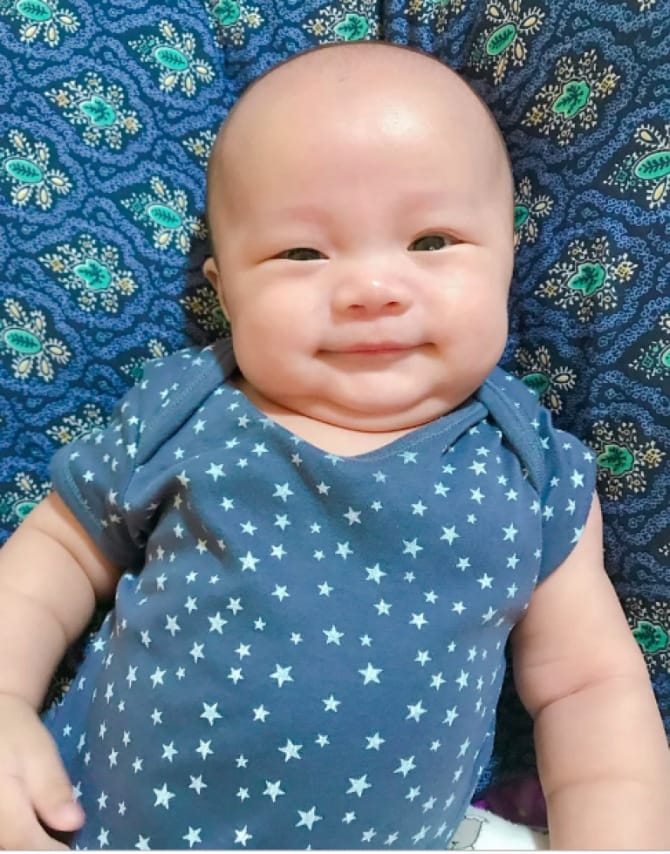 "Even the most experienced nanny could make your child suffer for life with a single mistake. Our confinement nanny was a witch that abused our kindness and had no remorse for what she's done. Fortunately by the grace of God, Jeddy is all big and healthy now!"

He has also shared details about the nanny in his post.

"To our dearest son, Jedaiah Leonhart. If you ever read this in future, know that Life is unfair, but Daddy and Mommy will always be there. And we promise to turn all your scars into stars."